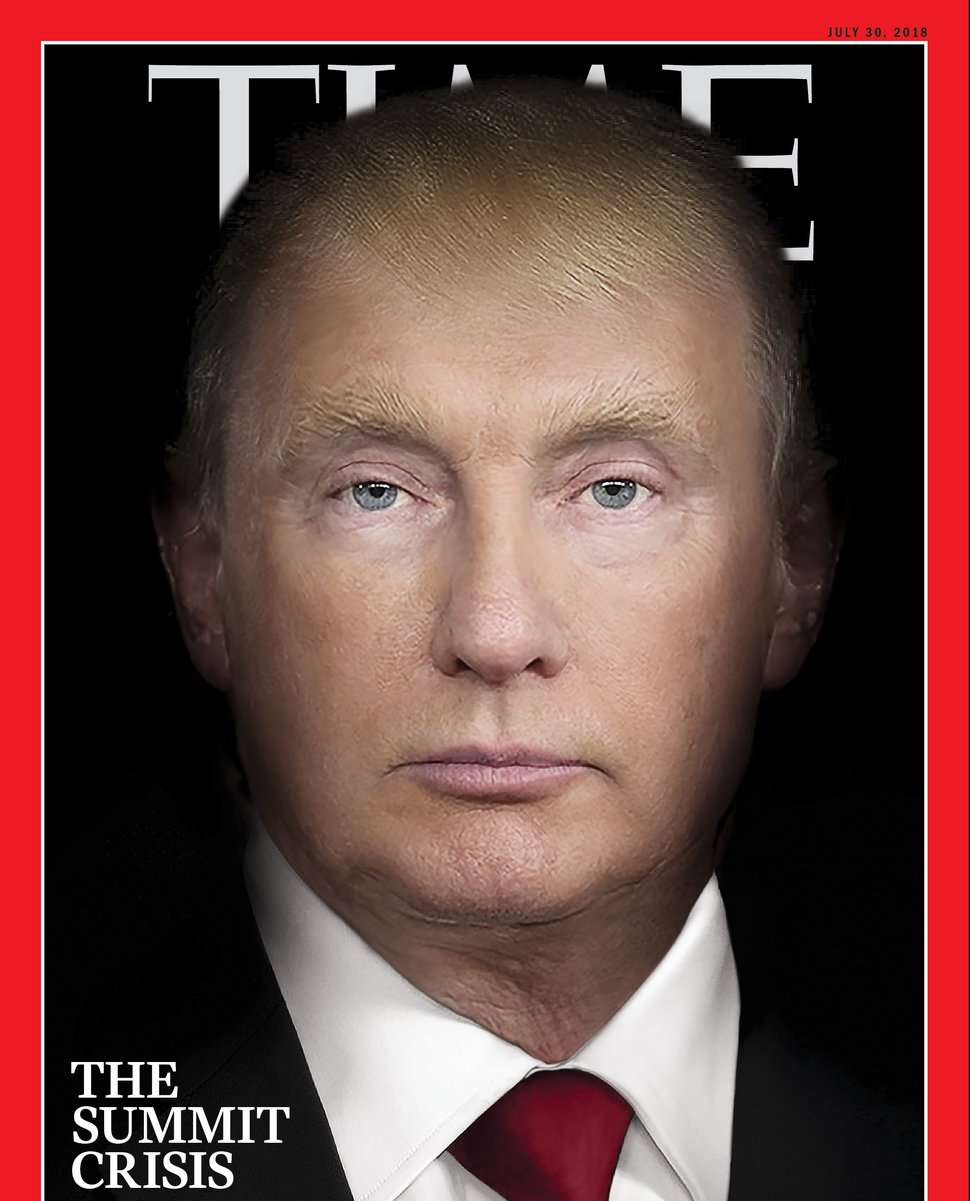 Static (top) or animated (bottom) version of this week's Time magazine cover. Either way, its a creepy morphing of President Donald J. Trump into President Vladimir V. Putin, designed to make a visual point coming out of this week's summit in Helsinki.

The composite image was created by Nancy Burson, a pioneer of computer-generated technology.

Burson is known for developing a technique to age faces, which is used by the FBI to find missing children. She created the aged image of kidnapped 6-year-old Etan Patz that famously appeared on the front page of the New York Post in 1985.