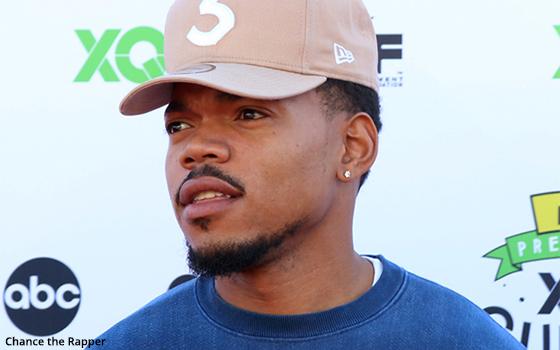 “We are delighted that the Chicagoist assets are finding a new home in the hands of a proud Chicagoan,” stated Laura Walker, president and CEO of New York Public Radio, which oversees WNYC.

“We are pleased these assets will be used to support local coverage,” Walker added.

He is looking forward to relaunching the site, which has been dormant since last fall, as well as “bringing the people of Chicago an independent media outlet focused on amplifying diverse voices and content.”

Chance announced his acquisition in his latest song, released at midnight Wednesday. In the song, "I Might Need Security,” he raps: “I bought the Chicagoist just to run you racist b*****s out of business.”

WNYC acquired Gothamist and its sister sites, including Chicagoist and DNAinfo, in February. The sites were previously owned by billionaire Joe Ricketts until he shuttered the publications in November 2017, citing the “tremendous effort and expense” it takes to keep them running.

WNYC has since relaunched Gothamist in New York City.