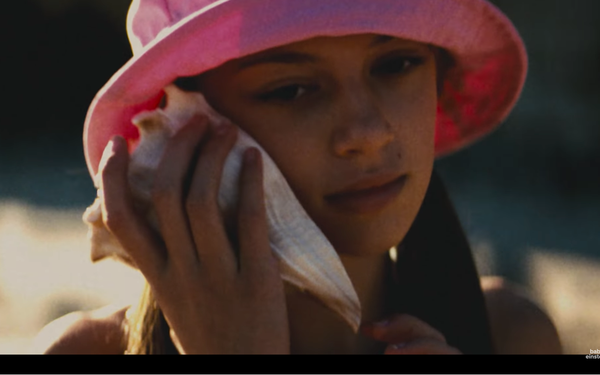 Baby Einstein is launching a major rebranding effort, which it hopes will win over Millennial parents. With a new marketing campaign and a broader product focus, it’s positioning the brand as a way to help parents encourage kids’ natural curiosity.

“We’re looking for ways to infuse this idea of curiosity into everything we do,” says Meryl Macune, senior vice president of global marketing for Kids II. Themed “Ignite a curious mind,” the new ads follow adults backward in time, showing how their infant curiosity about music, for instance, shaped them into future audiologists; or how a baby’s fascination with water can turn them into marine biologists.

The company based the new campaign, created by Piro, on research that found that 94% of parents believe the more curious children are, the are more likely they are to be successful adults. And 97% say that nothing makes them feel more confident about parenting skills than watching their children explore something new.

She tells Marketing Daily that this is the first major investment in branding since Kids II acquired Atlanta-based Baby Einstein five years ago. The all-digital campaign includes paid media, as well as content partnerships with sites like Café Mom and Motherly.

Founded in 1996 with educational videos and scooped up by Disney in 2001, the brand faced a PR nightmare in 2009: Not only did videos not turn babies into Einstein, they actually did the reverse—the more videos infants watched, the fewer words they knew. Parents’ groups charged that the products were harmful to children. Disney wound up offering refunds to those who had bought Baby Einstein products, in a move reported to have cost $100 million.

Macune says the company believes that despite that, the name is “powerful and robust,” with strong appeal for parents “interested in doing what’s best for their children … they want to give their kids the opportunity to see the world around them, and learn through those experiences.”

She says it’s important for the company to look outside the category for inspiration. She thinks toys like its Magic Touch Piano, made in partnership with Hape toys, that “blend essentially the same technology that is in your iPhone with a beautiful wooden toy, is a good example of hybrid thinking: “It reflects a return to nostalgia, with the wood component, but uses tech in a modern way.”

While the company is best known for toys targeting babies in their first year of life, she says it will now develop products for children as old as three.