The North Face Expands 'Walls Are Meant For Climbing' Campaign 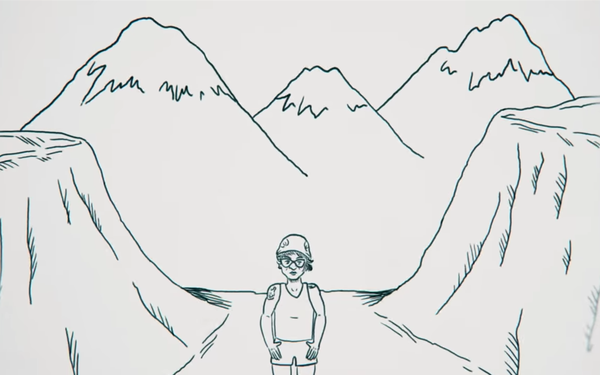 The North Face, which turned mountain-climbing into a conversation about inclusion with last year’s “Walls Are Meant For Climbing” campaign, is broadening the effort this year, focusing on more public climbing walls.

In addition to its ongoing partnership with the Trust for Public Land, the North Face is teaming up with 150 climbing gyms in the U.S., Canada, Mexico, Europe and China to build excitement for Global Climbing Day, scheduled for Aug. 18. The company plans to donate $1 for every person who climbs that day, with a cap of $100,000. Funds will go to Khumbu Climbing Center, a nonprofit that teaches technical climbing skills to Sherpas and indigenous Nepalis.

The program aims “to counter the divisions we’re witnessing globally by inviting people to find trust in community,” the Alameda, Calif.-based outdoor apparel company says in its announcement.

The company, which is still in the midst of its #SheMovesMountains campaign, highlighting the contributions of women climbers, is continuing to release videos that showcase the emotional impact of climbing among diverse populations. This week, it released the heart-tugging story of Monserrat Matehuala, who dedicates her story, “the call of the wall,” to “my brown girls from the ’hood.”

Besides a limited series of “Walls are Meant for Climbing” products in multiple languages, it is also sponsoring Psicobloc, a deep-water climbing series in Montreal early next month.

In June, the VF Corp.-owned company completed its first free, public bouldering wall in the Montbello Open Space Park, outside Denver. The company is in the process of finding other locations for its public climbing efforts.

Separately, VF Corp. just announced strong earnings for the first quarter of its fiscal year, with revenues rising to $2.8 billion, and sales from continuing operations jumping 12%. Sales at its Vans footwear soared 35% and the

North Face gained 8% overall. But its sales were flat in the U.S., as were the results in VF’s complete outdoor category, which also includes Timberland, Icebreaker and Smartwool.