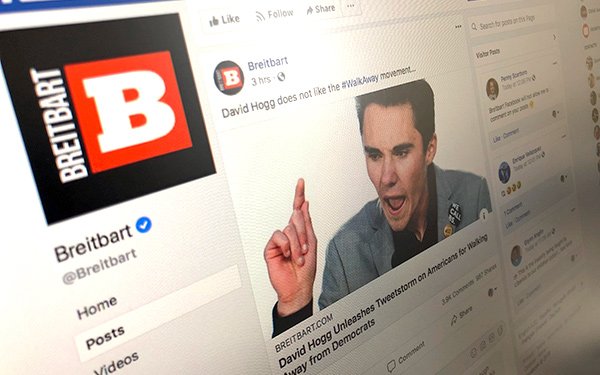 The Wall Street Journal, which first reported the news, noted that Facebook has been slammed for how it determines political posts.

WSJ reported that Ben Smith, EIC of BuzzFeed, attended a meeting with Facebook officials. He said the social giant did not understand how the news industry operated -- based on the number of conservative outlets present --

Smith was concerned that Facebook, prompted by conservative complaints, had deemed The New York Times liberal, which demanded counterbalance by right-wing opinion outlets. In particular, he objected to The Daily Caller’s inclusion, since he questioned its journalistic integrity. Conversely, he said that another conservative site, The Weekly Standard, adhered to higher standards, the WSJ noted.

Facebook has also been criticized for allowing Infowars, a right-wing site that deems Sandy Hook a hoax, to publish, despite its discredited conspiracy theories.

John Hegeman, Facebook’s chief of News Feed, said at a meeting July 11 that the company does not "take down false news." At best, it may downrank content, BuzzFeed reported.

However, as part of a broader effort to stop fake news and the spread of violence, Facebook is limiting the ability of WhatsApp users to forward messages to other users.

The social network is already under fire for its Cambridge Analytica data scandal.