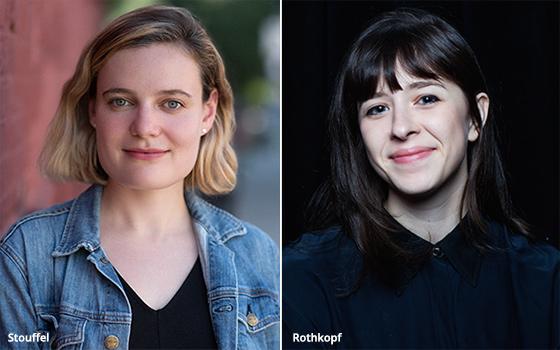 Over the past few years, Hearst Magazines Digital Media has seen growth across many areas, including the upcoming launch of OprahMag.com this fall and the launch of several multimedia products, including video campaigns and Twitter video content deals.

The week, the division announced the appointment of two new editors.

Joanna Rothkopf joins Esquire.com on August 6 as its deputy editor. She was previously a senior editor, writer and on-camera host at Jezebel.

In addition to her work at Jezebel, Rothkopf co-hosts a monthly Brooklyn comedy called "Drunk Science." Her work has also appeared in The New York Times Magazine, Salon and The Atlantic.

Effective Monday, Katherine Stoeffel became features editor at Elle.com. Stoeffle brings a background in both editorial and creative agency to the company. Before Elle.com, Stoeffel worked at Conde Nast’s in-house creative agency 23Stories, where she was a senior editor.

Stoeffel also held positions at New York magazine's The Cut, where she covered politics, reproductive health and culture as an associate editor, and BuzzFeed news, where she was the deputy editor of ideas.

Her work has also appeared in The New York Times, Marie Claire and the New York Observer, where she was a media industry reporter.