Feds: AMI's Dealing With Trump May Be Legally Suspect 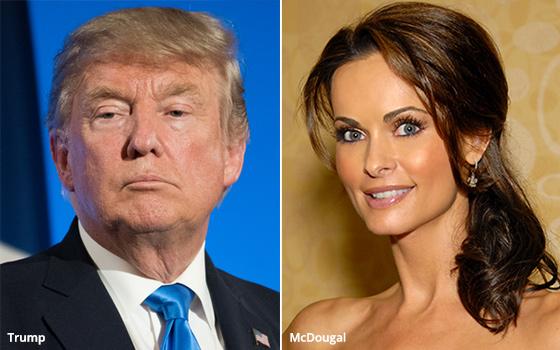 Earlier this year, The New Yorker’s Ronan Farrow published a scathing piece outlining the methods used by American Media Inc to kill a story about Trump’s alleged affair with former Playmate Karen McDougal. By doing so, it effectively protected the future president.

The story stated that McDougal accepted an offer of $150,000 and a regular column about aging and fitness in exchange for granting AMI exclusive ownership of her story. What she didn't realize was the nature of the offer: a traditional “catch-and-kill” agreement. (Catch and kill is a practice whereby a publication buys the rights to a story and then buries it as a favor to someone.)

AMI, then and now, denies any wrongdoing. David Pecker, CEO of AMI, is a longtime friend of President Trump.

However, last Friday The New York Times reported that AMI may have stepped over its line as a publisher and into the fringes of possible campaign-finance violations committed by Trump associates, namely his former lawyer Michael Cohen.

The story spawned from audio recordings received by federal investigators, which revealed Cohen and Trump speaking about the $150,000 agreement. Previously, Trump maintained he knew nothing about it.

AMI was one of Trump’s biggest champions from the beginning of his campaign, regularly skewering his opponents in its tabloid The National Enquirer. But now, investigators are asking if it went too far in its championing.

The Times story states: “The authorities believe that the company was not always operating in what campaign-finance law calls a ‘legitimate press function,’ according to the people briefed on the investigation, who spoke on the condition of anonymity.”

A thorny issue also being raised in the investigation is where First Amendment rights begin and end for a media outlet.

AMI has stated that it worked within journalistic paradigms and any relationship it had with Cohen was based around reporting. However, organizations that would generally race to a publishing company’s defense in such situations have been reluctant to come forward.

The Times spoke with two press advocates, Bruce D. Brown, the executive director of the Reporters Committee for Freedom of the Press, and Alexandra Ellerbeck, the North American program coordinator for the Committee to Protect Journalists.

Brown told the publication that AMI hasn’t asked for support and the case is too murky for his organization to get involved in without their help. Similarly, Ellerbeck said her organization had not been focused on AMI. She stated: “You don’t want people doing activity that would otherwise be illegal and putting the name of press on it for protection.”