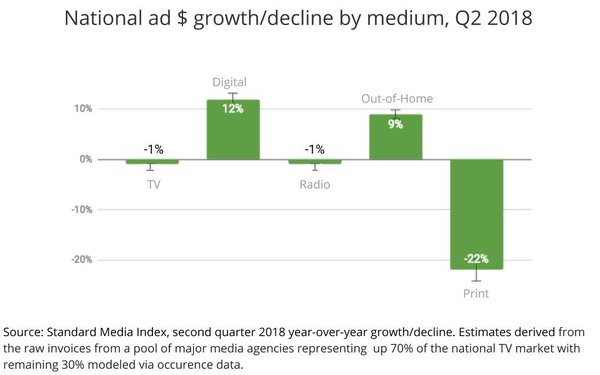 The national ad marketplace expanded 5% during the second quarter of 2018, despite a 1% decline in national TV ad spending, after factoring out World Cup coverage, according to estimates released today by Standard Media Index.

Digital was the biggest gainer, expanding 12% year-over-year, followed by out-of-home (+9%).