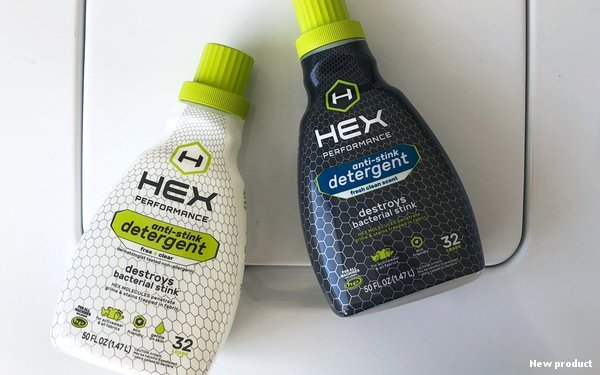 Hex detergent had a daunting enough task when it began in 2016, placed SKU to SKU with products from Procter & Gamble and other big companies on grocers’ shelves. This soap also came in gusseted bags — kind of like coffee does. And those Hex bags had a spigot on the side.

Hex packaging (see photo below) also was grey and green, not colorful or bold. The product itself was an oddly non-viscous liquid, not like the others. And its bottle touted the Hex would “destroy bacterial stink,” pretty against-the-grain language in the section of the supermarket that strives to smell like an English garden.

So it’s hard to believe that Hex was already in 2,500 supermarkets nationwide, including Wegmans and Target, by the time two months ago when it unveiled a more conventional liquid detergent package. Founder and COO Drew Westervelt is flabbergasted by what that packaging change meant for sales.

“We are the exact opposite of everybody,” Westervelt tells Marketing Daily, speaking about the marketing position Hex occupies. “But that bottle is a kick in the gut to the idea of form and functionality.”

Everything else about Hex goes a different way. Its anti-stink formulation is key. Westervelt says the idea behind most detergents is to convince consumers “that fragrance is the equivalent of clean. Clean isn’t ‘April Fresh.’”

The fragrance, he says, is there to mask the stink that still remains trapped in synthetic clothing even after washing. Fabric softeners apparently make the problem worse. Detergents haven’t changed as much as have the clothes we wear.

Over 60% of what we wear — whether you’re an athlete or not — is made of synthetics that regular detergents, formulated long ago, can’t clean. It may smell clean coming out of the dryer, but a lot of it quickly reverts to its former stink. Westervelt says old-school detergents just cover it up. “It would be like you saying, ‘I’m going to wake up every day and just wear cologne.’”

Hex promises to completely eliminate odors caused by bacteria, mildew and sweat and even protecting from future stink. The new packaging says, now more bluntly, that it is an “anti-stink detergent.”

Big detergent brands are getting into the business. Tide introduced the Tide + Downy Odor Defense Collection a couple years ago after recognizing that the athleisure market is booming.

But it’s not just Under Armour and Lululemon consumers who need to get the stink out. Well over 60% of the clothing worn these days is made of synthetic substances. A P&G study says 71% of consumers consider active wear to be good for normal use, like shopping, traveling and doing errands. One out of four says wearing leggings is a favorite day-to-day apparel option.

Westervelt used to play professional lacrosse for the New York Lizards and Colorado Mammoth, and while that’s a pretty tough sport, what he and his teammates spent a lot of time worrying about after the game was the synthetic turf they just played on. It was filthy. Players took extra time to scrub themselves and their clothes clean. He began investigating the idea of manufacturing a product to clean the clothes when he realized the market was much, much bigger.

And now? What about big brand catching on? “I don’t think that’s a threat,” he says, because the awareness Tide and others are building in some consumers only help Hex as it expands its anti-stink products into other household extensions  “Look at the dairy section,” he says, to point to how consumer tastes change. “Everybody used to drink whole milk. Now it’s almond milk.” 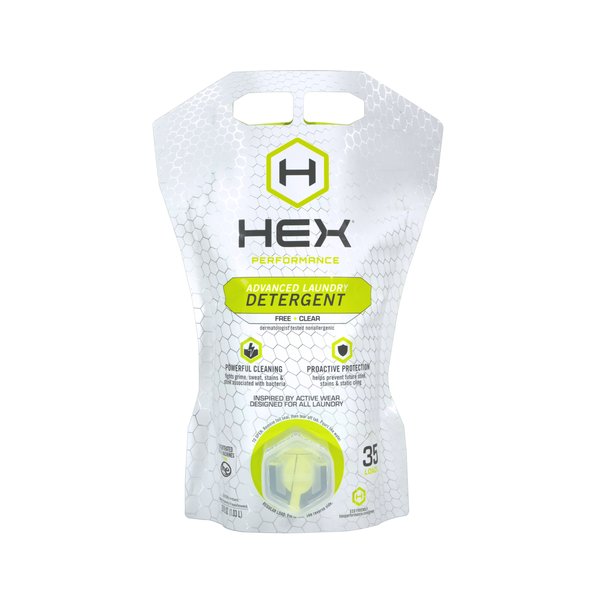