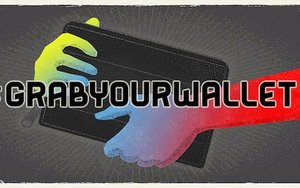 First daughter Ivanka Trump is throwing in the made-in-China towel on her branded apparel line, IT Collection, and political activists are quickly stepping in to claim victory.

While the privately held company has claimed sales of its products, which include clothing, jewelry and accessories, are up, it’s been facing a constant stream of criticism ever since the Trumps moved to Washington.

But as reaction built against President Donald Trump’s famous “Access Hollywood” tape, in which he encouraged men to grab women by the you-know-what, activists started the #GrabYourWallet movement, urging people to boycott any stores selling Trump-branded gear.

Nordstrom was the first to cave to the pressure, and stopped selling Ivanka Trump clothing in February 2017, citing poor performance for the brand. That triggered both nasty tweets from the president, and an endorsement from White House counselor Kellyanne Conway, who took to Fox News to urge people to go “buy Ivanka’s stuff.” (That earned her a “counseling” from administration brass.) Stores like Burlington and Belk soon followed, yanking the clothing from its shelves.

And while Ivanka Trump stepped back from day-to-day management, a Wall Street Journal analysis last December found that she manages to wear her branded clothing in 68% of her public appearances.

The timing of the shutdown is interesting: This is “Made in America” week at the White House, and Ivanka Trump has spoken out on behalf of American workers. But all of her products are made outside of the United States, and earlier this year, the Associated Press reported widespread labor abuses in its Chinese manufacturing chain. Just recently, Hudson Bay Corp., which owns Lord & Taylor and Saks Fifth Avenue, also stopped selling the collection.

Then last month, in just one of a series of allegations that the company stole work from other designers, a judge has ordered Ivanka Trump to appear in court.

“Views on the brand have become highly polarized, and it has become a lightning rod for protests and boycotts,” writes Neil Saunders, managing director of GlobalData Retail, in a note. “While the company is still viable, doing business has become far more challenging, and these problems will only increase.”

“This is people power at work,” says Shannon Coulter, co-founder of #GrabYourWallet, in a tweet. “This is you using your voices and your hard-earned money to push back on extremism. This is you saying no to the hate that the Trump administration embodies. You are #GrabYourWallet and this is your win.”