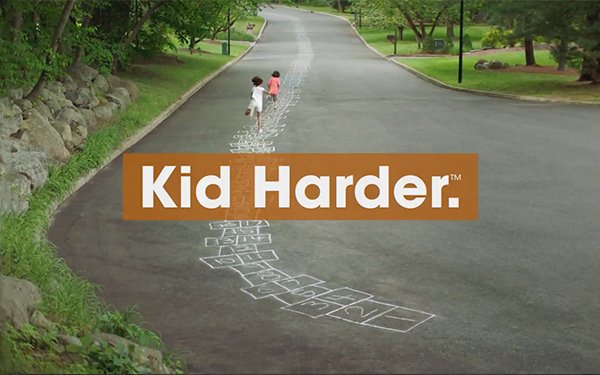 “With this campaign, KBS takes the TruMoo brand to a different level, appealing to parents and how play was for them as kids,” said Marissa Jarratt, vice president, marketing, innovation and R&D, Dean Foods.

This campaign was based on KBS's research, which revealed moms want their kids to spend less time looking at a screen and more time being outside, playing and exploring. "Moms felt fulfilled when they could help their kids grow, learn and discover — without their phones, tablets and devices — in addition to satisfying their nutritional needs," says an agency spokesperson.

“The idea of kids being in need of more opportunities for real — not virtual — play resonated with parents,” says Ted Florea, Global Chief Strategy Officer, KBS. “We’re proud to take this human- and emotion-centered approach to furthering the TruMoo brand.”

The campaign runs across digital, social and print.

While the new TruMoo work targets moms, the California Milk Processor Board (CMPB) and agency Gallegos United recently went in the opposite direction. They developed creative aimed at kids rather than their parents with a campaign that acknowledges life is sometimes tough for children.