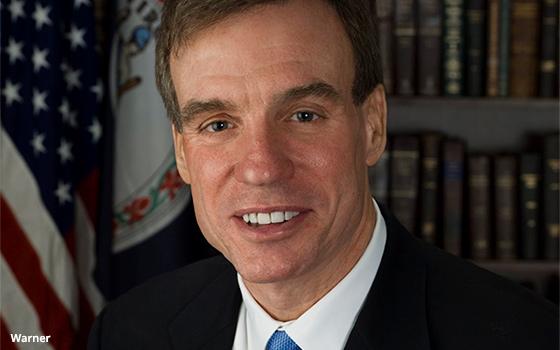 Tech platforms should improve disclosures about the information they collect and the ways they use that data, a Democratic Senator suggests in a new policy paper.

"User tracking can have important consumer benefits, for instance by showing users more relevant ads and helping to optimize user experience across different apps," Sen. Mark Warner (D-Virginia) writes in a new paper exploring proposals for regulating social media and tech platforms. "At the same time, these user profiles could provide opportunities for consumer harm -- and in surreptitious, undetectable ways."

He adds that "pervasive" tracking can be used to affect decisions about matters like consumers' credit-worthiness.

"Users have no reason to expect that certain browsing behavior could determine the interest they pay on an auto-loan, much less that what their friends post could be used to determine that," Warner writes. "Important policy mechanisms include requiring greater disclosure by platforms – and in clear, concise ways -- about the types of information they collect, and the specific ways they are utilizing it."

The white paper, released Monday, calls for increased scrutiny of tech platforms, but doesn't recommend any specific laws. Instead, Warner floats suggestions aimed at addressing what he calls "the dark underbelly of an entire ecosystem."

The paper grows out of recent hearings about Russia's interference in the 2016 election, including the country's attempt to spread propaganda through social media.

"More than illuminating the capacity of these technologies to be exploited by bad actors, the revelations of the last year have revealed the dark underbelly of an entire ecosystem," the paper states. "Government has failed to adapt and has been incapable or unwilling to adequately address the impacts of these trends on privacy, competition, and public discourse."

Warner floats a broad range of proposals addressing a host of topics, ranging from online privacy to defamatory speech to "information warfare."

He notes that the FTC has generally lacked authority to enact regulations since 1980. "If the FTC had genuine rulemaking authority, many claim, it would be able to respond to changes in technology and business practices," he writes.

Warner also recommends that the government "spell out a deterrence doctrine, so that our adversaries don’t see information warfare or cyberattacks against us as a 'free lunch.'"

He writes: "We need to make clear to Russia and other nations, that if you go after us in the cyber realm, we’re going to punch back using our own cyber capabilities. And we need to increase the costs of this activity with robust sanctions and other tools."