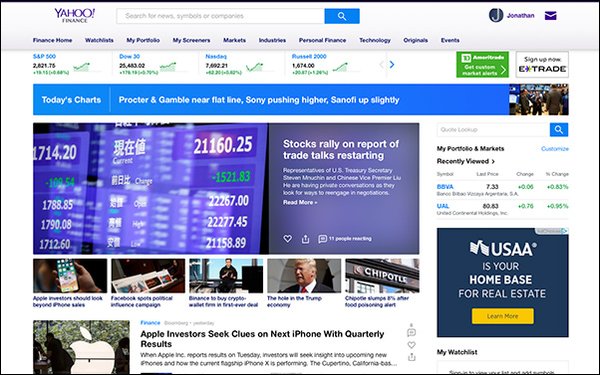 Yahoo Finance will launch a live streaming video network by the end of 2018.

According to Axios, which first reported the news, the network will stream market and global financial news eight hours a day. That will include Yahoo Finance's three daily live shows ("Market Movers," "Midday Movers" and "The Final Round"), as well as other content, such as "Morning Meeting," a morning show that broadcasts on Facebook.

Live streaming video news channels like Cheddar have found success with this model — the company just raised $22 million in a series D funding round in May.

Publishers are increasingly investing in live streaming networks, too.

Bloomberg Media partnered with Twitter to bring to life TicToc, the global, business news channel that lives exclusively on Twitter for mobile-first consumers.

For now, Yahoo Finance's network will live on Yahoo’s owned-and-operated channels, but Axios reports the company is in talks with over-the-top providers —and may branch out to linear video distributors.

The digital publisher will staff up its video team to prep for the network’s launch later this year.