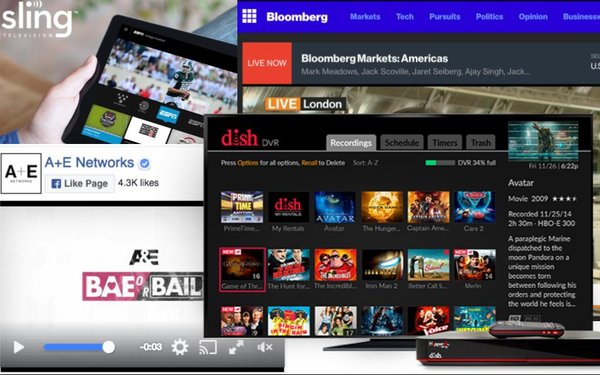 Streaming “skinny” multichannel video bundles continue to grow in popularity, but they remain a small part of the overall video ecosystem.

That's one takeaway from Nielsen’s Q1 2018 Total Audience Report, released Tuesday. Nielsen found that only 3% of U.S. households subscribe to the so-called “virtual MVPDs,” which bundle cable and broadcast channels with streaming video content, and are delivered over the internet.

Sling and DirecTV Now both count subscriber numbers in the millions, but most competitors are still in the six figures. Still, as more homes go broadband-only, or broadband and broadcast-only, the number of homes that experiment with vMVPDs is likely to rise.

Somewhat surprisingly, Nielsen also found that 15% of homes that subscribe to a vMVPD service also subscribed to a traditional cable TV service, with 36% also watching over-the-air broadcast TV, and 49% being broadband-only.

Nielsen also found that subscription video-on-demand services, such as Netflix or Amazon Prime Video, continue to gain market share. In the first quarter of this year, 64% of households subscribed to at least one service, up from 58% a year earlier.