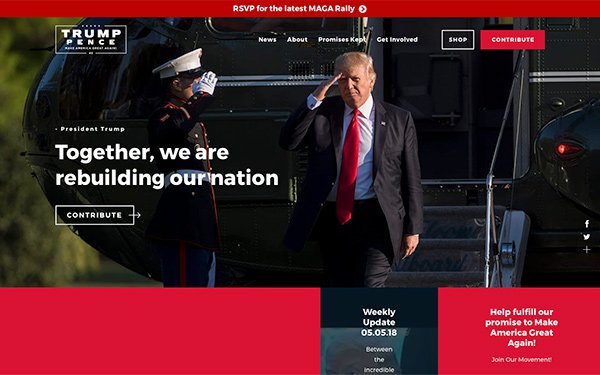 Marketers for President Donald Trump’s website are rallying for organic and paid-search market share and ranking in Google query results against some of the top global news agencies like CNN and Time.

Adthena, the AI-powered search platform, on Monday released findings from a study revealing search trends related to U.S. President Donald Trump. The company analyzed thousands of searches between February and March in which brands appeared at the same time as the site donaldjtrump.com across paid and organic search on desktop and mobile devices.

When it comes to search, Ashley Fletcher, vice president of marketing at Adthena, believes the biggest competitors to the president’s website are the media companies that cover news about the president. These publishers show up in the same search query results. This is largely driven via organic search, not paid.

Today, CNN is the most likely publisher to appear in the same search results when someone queries the term “Trump.”