'Trump' Most Polarizing Brand In America

Based on the spread between Democrats and Republicans, Trump Hotels is the most polarized brand in America, according to findings of a national poll released Tuesday by Morning Consult.

The 78-point "net favorability" spread (negative for Democrats, positive for Republicans), dwarfs the next most polarized brand, CNN, by 12 points. 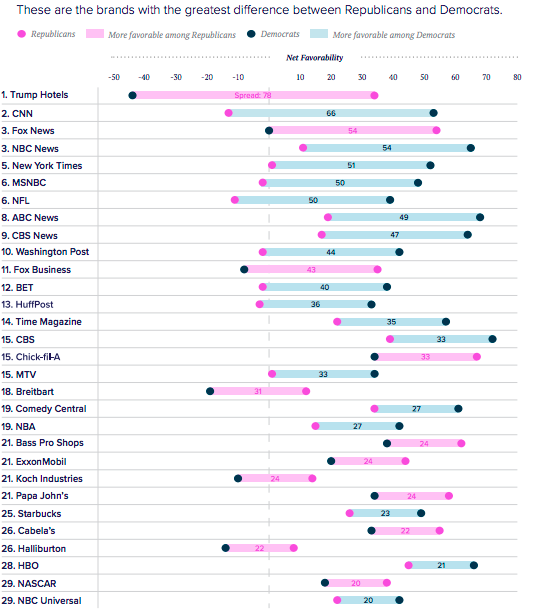