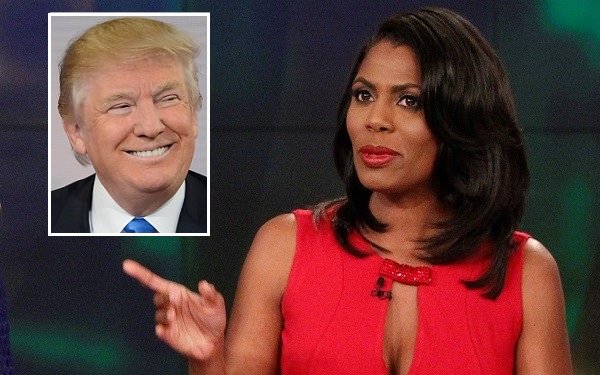 "Unhinged" is a hilarious title choice for Omarosa Manigault Newman's new memoir of her time working in the campaign and subsequently the White House of Donald Trump.

She apparently meant the title to describe Trump and the way he runs his administration. But it is also a word that many have associated with Omarosa herself since she first became famous as a villainous contestant on the inaugural season of “The Apprentice” in 2004.

For Omarosa to call anyone else unhinged is a prime example of the pot calling the kettle black (it's an old saying; you can look it up).

The word “unhinged” might not even be an inaccurate description of President Trump and some of the decisions and Twitter pronouncements he has made ever since bursting into our political life with the launch of his presidential campaign in June 2015.

Whether or not the President is unhinged is not for me to say. It is also not for Omarosa to say. Where she is concerned, a less credible witness and interpreter of President Trump's statements and actions would be difficult to find. Anyone who would believe Omarosa might possibly be unhinged as well.

Let the record show that I do not know Omarosa personally nor have I ever met or interviewed her. But her various actions and deeds since first becoming famous indicate that she will do or say just about anything to elevate her position, get attention and remain in the public eye.

Her most recent association with Trump encompassed a portion of his campaign and subsequently his first two years in the White House. This period lasted roughly from July 2016 to December 2017, when the White House announced her “resignation.”

According to subsequent stories, she had to be physically removed from the White House, giving an impression that she was dragged literally kicking and screaming from the place.

Well, if Trump truly is unhinged, then Exhibit A could be his decision to bring a flake like Omarosa into the White House to work for him in the first place.

In various accounts of her time there, action after action on her part gives evidence that she was clueless about how she was supposed to comport herself. By all appearances, she had none of the qualifications or experience that would seem to be necessary to work for the President.

One gets the feeling that Omarosa had somehow formed the impression that she was to become part of the inner circle of advisers to the President of the United States.

This did not happen, and some months after current chief of staff John Kelly took office in July 2017, Omarosa was swept away, along with others.

Now Omarosa is on a promotional tour talking up various claims in her book (and at least one that is not) that are intended to position her as the smartest, most rational person in a White House occupied by kooks.

According to her, the head kook is the president himself. On “Meet the Press” this past weekend, she complained that Trump rarely understands the complexities of issues he is presented with. As a result, according to Omarosa, President Trump is a danger to America.

Of course, the implication here is always that Omarosa herself would do a much better job than the president in the consideration of these very same concepts and issues.

Omarosa is also going around claiming she has heard a tape recording of Trump using the n-word. In the book, she reports on the rumored existence of the tape. But she is saying in interviews this week that she did not actually hear this recording until after the book was finished.

The fact is, it is easy to accept many of the complaints leveled at Trump and his administration. But when the source is someone like Omarosa, it is wise to take what she says with a grain of salt. Or better yet, to just dismiss what she says altogether.

In time, others will write their books about their experiences in the Trump White House. Just about any of them would likely be more credible than Omarosa.