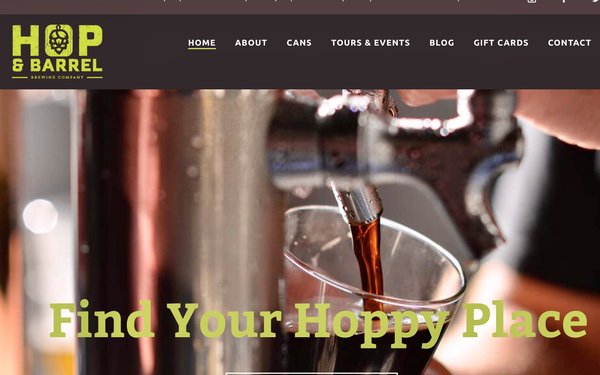 The guys who own little Hop & Barrel Brewing Co. in Hudson, Wisconsin, probably bigly supported Donald Trump’s idea of a new “Space Force” and have thought so since shortly after he first uttered the phrase five months ago in a speech in San Diego.

“What a great idea,” Trump said about his own idea, which the vice president re-introduced last Thursday.

“As soon as we heard that speech, the next day I was on the phone with our lawyer,” recalls Brian Priefer, Hop & Barrel’s co-founder and COO. And on March 14, the eight-month-old craft brewer filed a trademark for Space Force beer with the U.S Patent and Trademark Office. Very quickly, his lifelong pal, illustrator Albert Nguyen, created the label and Space Force blasted off.

Hop & Barrel wasn’t alone at the trademark office. At around the same time in March, at least five other applicants raced to get a piece of the the Space Force bonanza, including a Brooklyn toymaker, a game maker, an action figure maker and an applicant who wants to lock down “Join Space Force” for t-shirts. One other applicant has filed for an extremely long list of products that would carry the Space Force name.

Priefer did a little due diligence on the worthiness of the name. When he first heard the phrase,  Priefer said to himself, “Holy crap, that’s hilarious!” To gauge his excitement, he says, “I have a cousin who’s a Marine, and I called him up and asked him what he thought about it. He said, ‘That’s f-ing ridiculous.’”

And a beer name was born.

Space Force is a dry-hopped double IPA, made with three different kinds of hops (Mosaic, Vic Secret Hops and, of course, Galaxy). For craft beers that often retail at $10 for a six-pack, Space Force is expensive enough that every sip could remind the imbiber that only the recently enacted tax cuts can allow such luxury. Four 12-ounce cans retail for $12.

It packs quick a kick. The Space Force alcohol content is 8%, which in beer terms is, well, rocket fuel.

Though Minneapolis is just 25 miles or so from Hop & Barrel’s home, the brewery doesn’t offer it there. Its big markets are Eau Claire, Wisconsin, and Madison, home of the University of Wisconsin. Asked if Trump is popular there, Priefer exclaims, “Oh god, no!” In fact, while Donald Trump narrowly carried Wisconsin in 2016, Hillary Clinton got 70% of the vote in Dane County, where the university is located.

How are sales? “Oh, we’re killing it," Priefer says. He and co-owner Justin Terbeest just decided to up production and will start making Space Force in 30-barrel batches, a big jump for a brewery whose capacity is just 15 barrels at a time. “People are calling about it from over the country.”