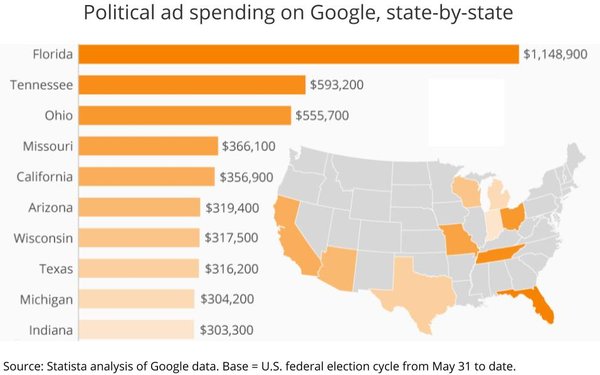 In what is shaping up to be one of the most hotly contested Senate seats this fall, Florida has dominated political ad spending on Google, according to a state-by-state analysis published by Statista.

“In April, Florida Governor Rick Scott announced that he would challenge incumbent U.S. Sen. Bill Nelson in November and he has spent $324,00 on 356 ads since the end of May,” the Statista report notes. “By comparison, Nelson has only spent $150,200, less than half that.”