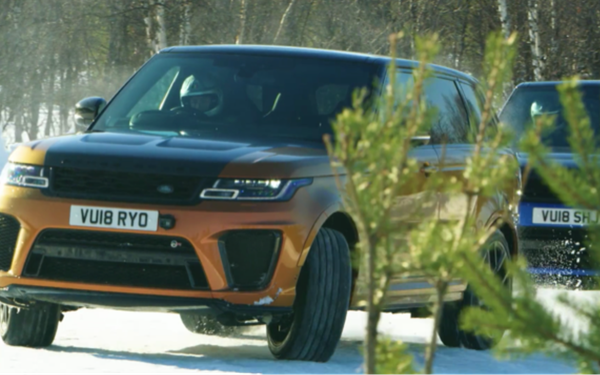 Land Rover is showing off the agility and resiliency of the 2018 Range Rover Sport in a three-part Motor Trend native ad series.

In the series, Bell and the 2018 Range Rover Sport race against hill climb cyclist Phil Gaimon on a steep, windy road in the French Alps.

The goal of the series is to reaffirm the status of the Range Rover Sport as the most dynamic Range Rover, says Taylor Hoel, manager, media strategy and planning, Jaguar Land Rover North America.

“We know that Range Rover Sport customers are by nature extremely driven individuals, and the series was designed to tap into this through friendly competition,” Hoel tells Marketing Daily.

Motor Trend Group is conducting an ad effectiveness study as part of the program in order to provide Land Rover with results at the campaign’s end.

Not only does Motor Trend serve an audience of automotive super-consumers who frequently purchase vehicles and index very highly in Land Rover ownership, but those consumers are also very influential, Hoel says.

“Motor Trend’s enthusiasts provide four to six vehicle recommendations per year to people who are seeking their advice,” he says. “Land Rover creates vehicles that exhibit total capability and composure on any terrain, through sophisticated technology and all-road performance, which is something that Motor Trend's enthusiasts appreciate and champion on behalf of Land Rover.”

This series embodies the desire to feel alive by going out into the world and challenging it, Hoel says.

“With a Range Rover Sport, you can push further and faster into unseen spaces and reveal more of what life has to offer,” he says.