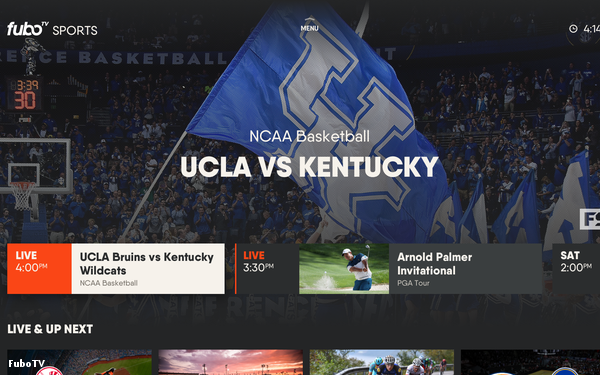 The streaming multichannel video provider FuboTV is adding Turner’s suite of networks to its service.

Subscribers to Fubo’s base tier will now have access to TBS, TCM, TNT, CNN, TruTV and Cartoon Network, and other Turner channels will be available as part of optional packages.

Fubo is a virtual multichannel video provider (vMVPD), delivering broadcast and cable channels to subscribers through streaming, rather than through a cable or satellite connection.

Unlike competitors Sling TV, DirecTV Now, Hulu with Live TV and YouTube TV, Fubo has made live sports the focus of its offering. While the competition focuses on “skinny bundles” of channels, often starting at $20 or $25, Fubo’s offering is a bit more expensive ($45 per month after the first month) with more live sports options. The company’s base package now includes more than 75 channels.

Turner, which carries Major League Baseball, National Basketball Association, golf and college sports on its channels, effectively rounds out the company’s offerings, which already include channels from CBS, Fox, and NBCUniversal. Those companies, along with Turner, provide almost all of the major sporting events on TV (save for Disney and its ESPN channel, of course).