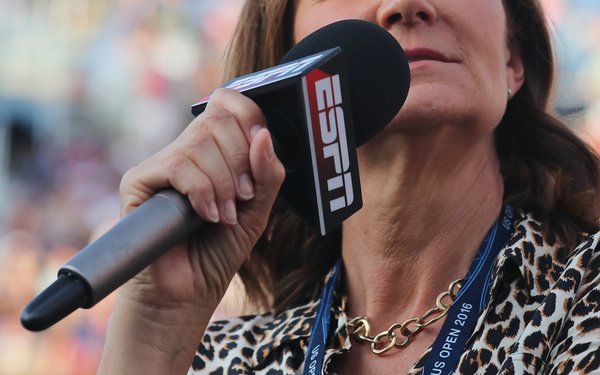 Doubling down on his issues with players and the national anthem, President Trump is attacking ESPN about its continued plans not to air the anthem before NFL games for the upcoming season. Trump is asking his supporters to sign a petition.

An email petition distributed from the Trump Make America Great Again Committee, a fundraising committee, said: “Just after we heard a sitting governor trash America, ESPN has now decided it will no longer play the national anthem before ‘Monday Night Football.’ If “America” is too offensive for anyone in our country, then what are they doing in America?

“I’m calling on you to join me in denouncing this SPINELESS surrender to the politically correct liberal mob. I was the first person to sign this petition. Now I need you to follow my lead and be the second.”

This followed a Tuesday night Trump speech, in which he criticized ESPN during a rally in West Virginia.

Last season, Trump's tweets lambasted NFL players found kneeling during the playing of the national anthem. He said they should be fired.

ESPN has not aired the national anthem live during its “Monday Night Football” in the past. It does not plan any changes in 2018. An ESPN representative had no comment about the petition.

Worth noting: ESPN isn’t alone in its national anthem practice. It recent years, the national anthem has not been shown live during NFL broadcasts at other national TV NFL networks, including CBS, NBC and Fox.