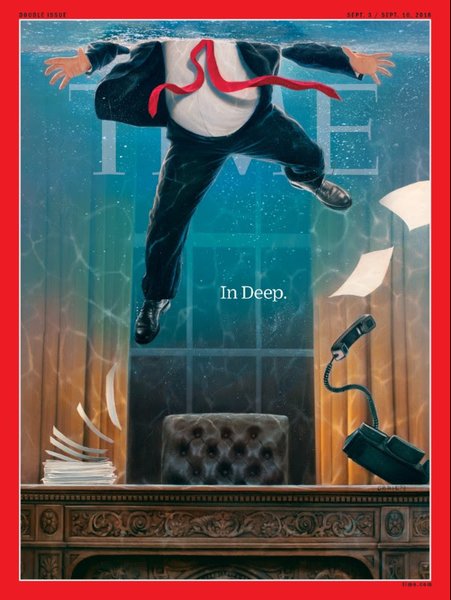 This week's Time magazine cover will feature the third rendition of illustrator Tim O'Brien's quintessential treatment of President Trump sitting -- or in this case, floating over his head -- in the Oval Office.

The cover has a simple and sublime cover line: "In Deep."

The depiction follows the convergence of multiple distressing storylines for the President this week," Time Creative Director D.W. Pine writes. "First among them: Trump fixer and former personal lawyer Michael Cohen’s claim that the president directed Cohen during the 2016 campaign to pay off two women to prevent them from speaking out about affairs they had with Trump. 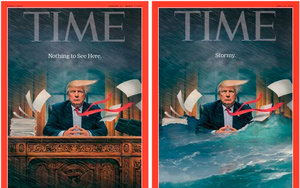