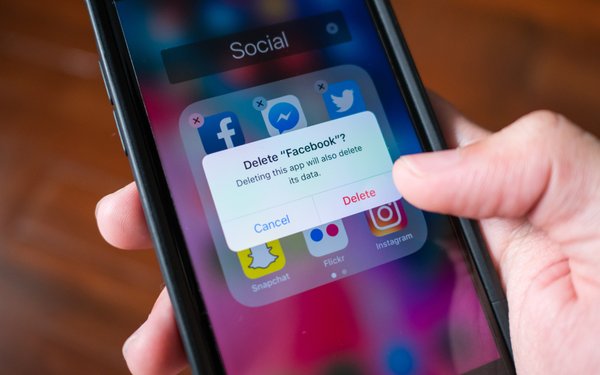 Facebook seems to be losing friends these days. Not only marketers, but also major tech companies -- most recently, Apple after Facebook violated its app store data-collection policy.

In fact, Apple told Facebook it had to remove a data-security app from its app store because it violated data-collection policies.

The free app, called Onavo Protect, has been available for years after regularly being approved by Apple’s app-review board, according to The Wall Street Journal. The app allows users to create a virtual private network that redirects internet traffic to a private server managed by Facebook.

The catch, it seems, is that Facebook can collect and analyze Onavo users’ activity to get a picture of how people use their phones beyond Facebook’s apps.

Apparently, Apple informed Facebook earlier this month that the app violates its policies that were set down in June. It violates part of its “developer agreement that prevents apps from using data in ways that go beyond what is directly relevant to the app or to provide advertising, the person added, a person familiar with the situation told the WSJ.

Every waking moment of the day there is a war for our attention. Larry Kim -- CEO of MobileMonkey, as well as founder of Wordstream, which Gannett acquired for 150 million -- felt he no longer wanted to capture that attention through Facebook. So he cut advertising funds from the social platform because the cost vs. the return of investment for Facebook advertisements got out of control.

In 2016, Kim wrote an article for The Mission Podcast titled "You Won’t Believe All the Personal Information Facebook Has Collected on You!" In the article he wrote about Facebook collecting information on the car people drive, charitable donations made, websites visited, relationship status to location, personal connections and more.

At the time, Wordstream compiled in an infographic all the personal information advertisers can use to target consumers via social media. It’s staggering.