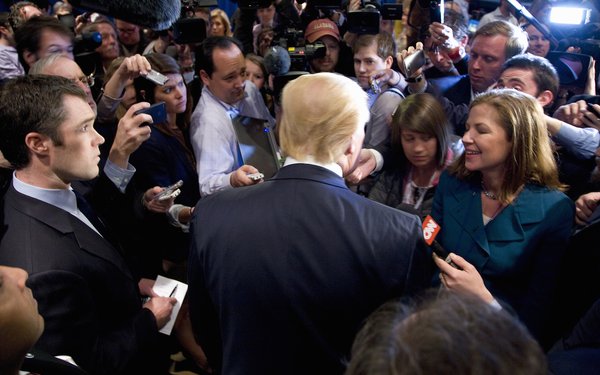 Despite attacks from the Trump White House, consumer trust in news media -- especially with local TV news and local newspapers  -- is climbing.

Some 76% of Americans say they trust local TV and newspapers, according to a recent Poynter Institute for Media Studies poll.

In other more specific results, 73% trust local newspapers; 59% give the thumbs up to national newspapers, and 55% approve of national network news. Only online news sources were under the 50% mark -- registering a 47% trust score.

Looking specifically at political affiliation, Republicans are more distrustful of the media overall than Democrats, with a 23% trust score and a 86% trust score, respectively. However, both Republicans' and Democrats' trust numbers are growing -- at four and 12 percentage points, respectively.

Those polled of both party affiliations have high regard for local media.

In addition, the study says 54% of Americans have "a great deal" or "a fair amount" of trust and confidence in the media -- a five-percentage-point improvement from Poynter's first survey in December 2017.