Roger Stone Sends Email, Saying He May Be Next To Be Indicted

Long-time Trump advisor Roger Stone has warned supporters in an email blast that he may be next on Special Counsel Robert Mueller’s indictment list -- and is asking for funds to fight it.

“Dear Fellow Patriot,” he writes, “Robert Mueller is coming after me.”

“President Trump’s personal attorney, Michael Cohen, just made a plea bargain with the FBI after months of intense pressure…

"…and I’m next on the crooked special prosecutor’s hit list because I’ve advised Donald Trump for the past 39 years."

He adds: "I am being targeted not because I committed a crime, but because the ‘deep state’ liberals want to silence me and pressure me to testify against my good friend President Donald J. Trump."

According to The Guardian, Stone said in a text message that Mueller “may frame me for some bogus charge in order to silence me or induce me to testify against the president.” 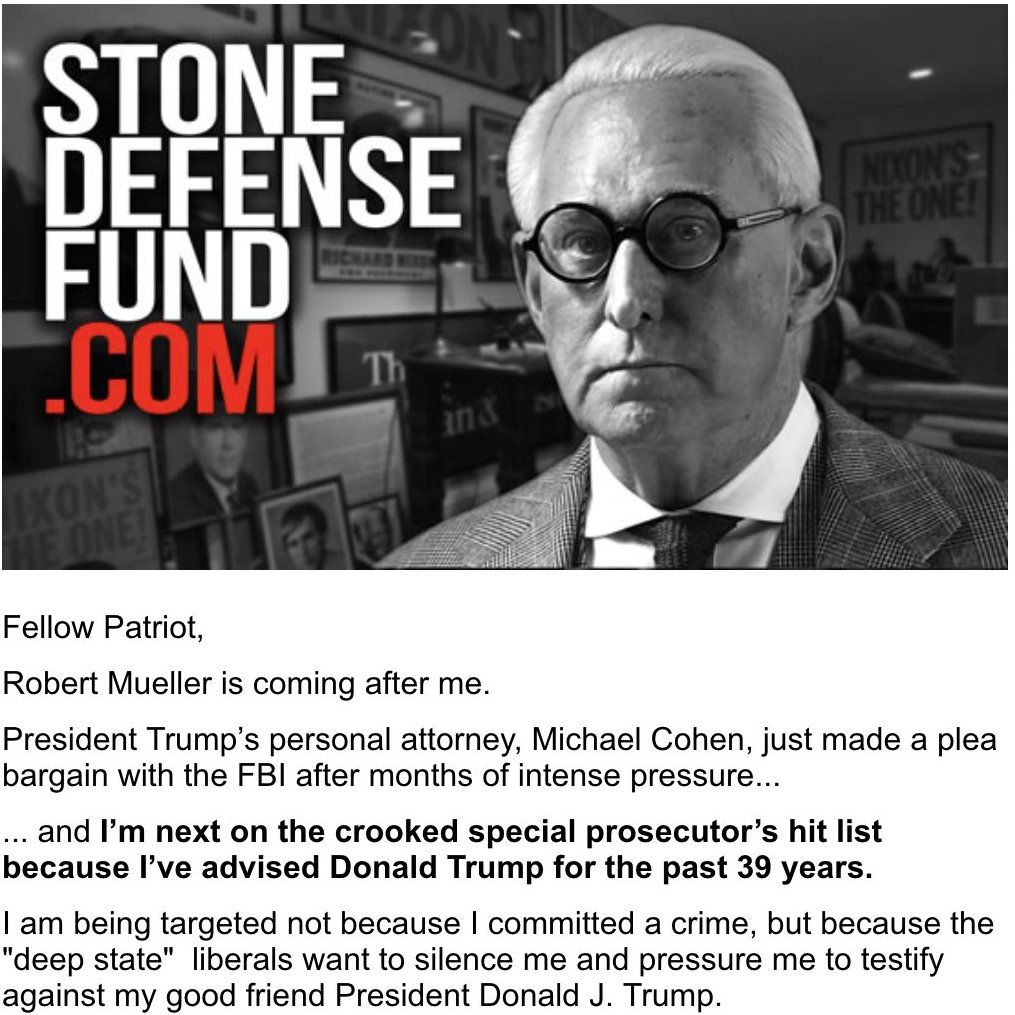 email, fundraiser, politics
1 comment about "Roger Stone Sends Email, Saying He May Be Next To Be Indicted".
Check to receive email when comments are posted.
Next story loading