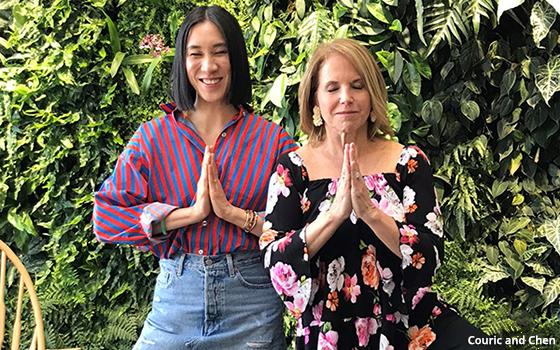 TheSki mm announced its partnership with Katie Couris Media earlier this month, along with the pending launch of "Getting There," a digital series focused on the routines and perspectives of some of the most well-known faces in media today

"Getting There" is the first project to come out of Katie Couric Media, following a recent expansion and new type of content model for theSkimm and its Skimm Studios division.

The first guest on "Getting There" is Instagram’s director of fashion partnerships Eva Chen, who discusses why she believes it’s an exciting time to be a woman: “Women are speaking up, they’re speaking the truth. You can live anywhere and connect with a woman going through the same experience as you, and it’s made the world a smaller and more powerful place,” she stated.

Each week, Kosova and a Bloomberg News reporter will examine key questions related to November’s midterm elections. Topics such as voter issues, key races and November surprises will be noted in each episode.

The first in the series welcomed Sahil Kapur, Bloomberg’s national political reporter, who discussed what is at stake for the U.S. in the midterm elections.