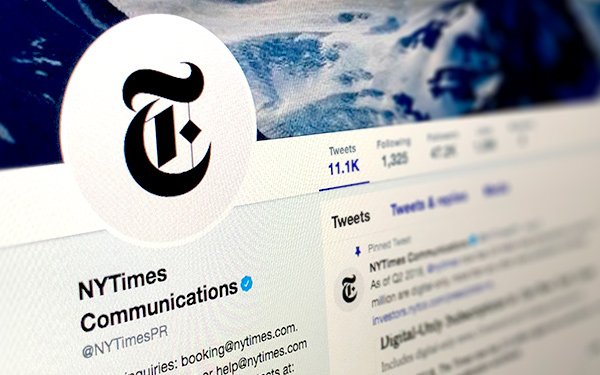 Trying to appease news organizations, Twitter is offering them exemptions from its newly revised political and legislative ad policy.

For everyone else, Twitter’s new Issue Ads Policy and certification process will impact ads that refer to an election or a clearly identified candidate, along with ads that advocate for legislative issues of national importance.

So long as they meet certain criteria, however, news outlets can now apply for exemption from Twitter’s new policy.

“These are the top-level issues we are considering under this policy, and we expect this list to evolve over time,” Del Harvey and Bruce Falck, Twitter’s vice president, trust-safety and head of its revenue product team, note in a new blog post.

Twitter has set up a certification process that verifies an advertiser’s identity and location within the United States in order to provide users with more information about individuals or organizations that promote particular issue ads.

Before promoting ads that fall under this policy, advertisers must apply for certification and meet specific eligibility requirements, according to Twitter. Similar to political campaign ads, issue ads will now be labeled as such within users’ timeline.

Twitter also plans to include issue ads within a new Ads Transparency Center, which is expected to provide a similar level of detail as political campaigning ads, including billing information, ad spend and targeting information.