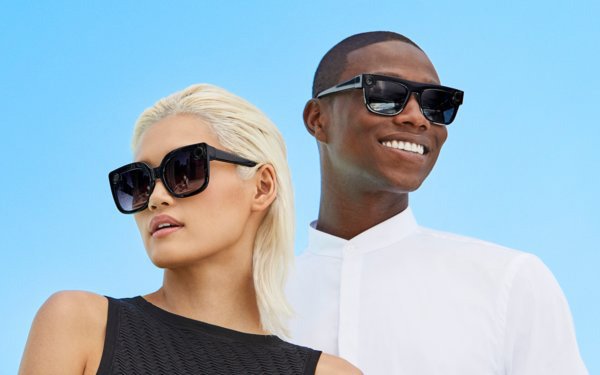 While Facebook and Twitter executives faced a grilling on Capitol Hill on Wednesday, Snap was launching some fun new fashion accessories.

Expanding its Spectacles line of video-capturing eyewear, two new models -- the “Nico” and the “Veronica” -- both come in black-on-black with polarized lenses.

Beyond their fresh new looks, the Nico and the Veronica are capable of capturing up to 70 videos or hundreds of photos on a single charge.

Additionally, both models are water resistant and can wirelessly transfer users’ content directly to their smartphones.

Snap on Wednesday also unveiled a new feature that can automatically curate users’ Spectacles snaps into a single “Highlight Story.”

Scheduled to begin rolling out in the coming months, the Highlight Stories feature could help Snap distinguish its Stories offering from those offered by Instagram and Facebook.

While Snap is credited with pioneering Stories as a popular social media feature, Facebook and Instagram are increasingly positioning their Stories offerings as central to their experiences.

With the help of fashionable hardware or other means, Snap is in need of an engagement boost.

From the first quarter to the second, the company’s DAUs slipped by about 2% from 191 million to 188 million.

Over the past year, Snap has been pushing Spectacles through various partnerships. This summer, for example, it began selling the latest version of hardware on Amazon -- at least in select countries, including the United States. The glasses has previously only been available on Snapchat.com.

Snap its debuted its latest version of Spectacles in April.

As of last October, Snap said it had sold about 150,000 pairs of Spectacles, according to CEO Evan Spiegel.