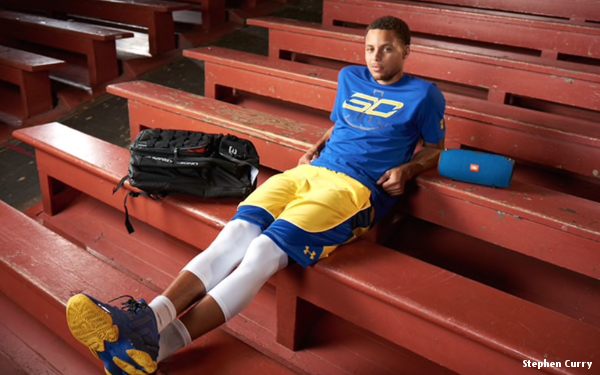 JBL is renewing its multi-year relationship with the NBA and expanding it to include more players and teams.

Since the start of JBL’s relationship with the NBA in 2014, the brand, which manufactures loudspeakers and associated electronics,  has powered the sound of many of the league’s games.

JBL did not reveal the cost of the deal, but corporate sponsors spent an estimated $1.12 billion on the NBA this season, according to IEG/ESP, a division of ad agency WPP that tracks sponsor spending.

In addition to adding to current team deals with the Golden State Warriors, New York Knicks and Boston Celtics, the brand is adding partnerships with the Chicago Bulls and Miami Heat starting during the 2018-2019 season. Through these team partnerships, JBL will engage with fans in local markets.

JBL and the NBA intersect at the heart of music, sports, technology and culture, says Ralph Santana, chief marketing officer of Harman, which is JBL’s parent company. Harman is a wholly-owned subsidiary of Samsung Electronics Co, LTD.

“Looking forward, it was important to us to continue growing our thriving ambassador program, and to get one step closer to fans and consumers by working directly with players and teams,” Santana says in a release. “These partnerships will enable us to provide fans with unique content and epic experiences at the intersection of music and sports.”