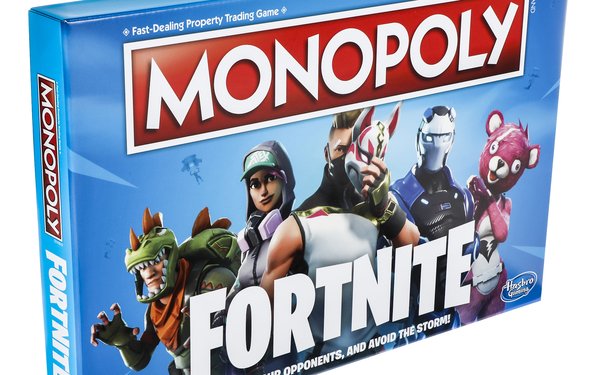 The makers of Fortnite, the video game that has become massively popular since last summer, have notched a deal with Hasbro to introduce a series of “play experiences” that include a licensed, real-life toy version of Nerf Fortnite blasters -- weapons used in the game.

The partnership between Hasbro and Epic Games was brokered by the IMG sports and entertainment agency. It also includes a Fortnite version of the classic Monopoly board game.

Hasbro is not announcing any marketing or advertising plan yet, but if there is one thing that travels quickly, it’s video game news. It gets spread via the Twitch app, YouTube and other social media and through more mundane word-of-mouth vehicles. And at a lot of playgrounds, Fortnite is already a major topic of conversation.

Epic claims 140 million players have downloaded Fortnite. That might be a little misleading because it is free to download, which is another unusual part of its appeal. Users spend their money on weapons or on acquiring special “skins,” or outfits. A new one is unveiled every day.

The skins, and some other ways to spend real money have added up to  $1 billion in revenue since the summer of 2017, Forbes reported.

Those include ‘the adventurous fun” of the blaster, which won’t arrive until next spring, or the “exciting strategizing” of playing the board game, which will retail for $19.99 and become available next month in the United States and United Kingdom.

And yes, it is an old-fashioned physical board game, but it’s a brand new kind of Monopoly. The Monopoly: Fortnite Edition board game features well-known locations from the video game as properties. Players earn “Health Point chips” instead of Monopoly money to stay in the game. The “Loot Chest Cards” replaces the Community Chest and helps a player build walls and damage their opponents.

Hasbro believes the game and the blasters will probably get the most attention from kids 13 and up, but it also says the Monopoly game “makes a great holiday” gift for children 8 and above.

Hasbro is aggressively reaching out to the video game throng. In May, it made a similar licensing deal with Activision’s Blizzard Entertainment to make blasters for Blizzard’s Overwatch games, beginning next year.

According to a synopsis of Fortnite published by The Guardian, the game “ borrows the premise of the Japanese novel 'Battle Royale' and ‘The Hunger Games’ in which contestants are sent to an island where they must scavenge and fight until only one remains. In Fortnite you are dropped along with 99 other players from a flying bus, and parachute on to a candy-coloured island. Every few minutes a lethal electrical storm draws closer, herding survivors toward a final standoff.”