Lee Jeans Seeks To Empower As It Fits 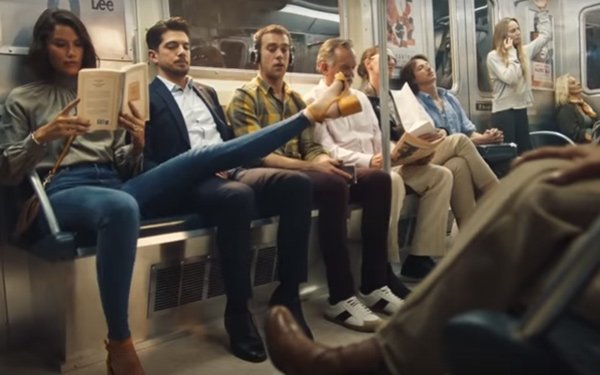 While Lee Jeans has typically shown how its jeans enable people to move, the denim brand and agency GSD&M are attempting to expand that positioning and make a statement about the brand’s ability to empower.

The “Don’t just move. Move your Lee” campaign is designed to illustrate how Lee helps consumers move "forward, accomplish, and progress" as well as remain stylish and active.

Three cinematically filmed spots introduce wearers encountering relatable situations, including one female commuter battling a "manspreading" male on the subway by extending her leg in a power move.

“The Strut” follows a women doing acrobatic feats after her floral wrap gets stuck in a taxi door.

All three spots take place in various city settings to add to the metropolitan feel of the brand as opposed to its more country-affiliated roots.