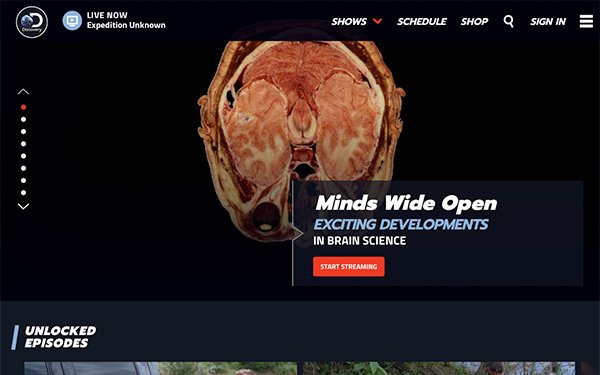 Making big gains in its ongoing tough battle to get its networks on new, digital live TV network providers, Discovery has extended its deal with satellite TV provider Dish Network to include Sling TV, as well as inking a new, broader carriage deal with Hulu.

“We have a commitment to be carried on Sling by the end of the year,” says David Zaslav, president-CEO, Discovery, speaking on CNBC. This includes Sling Orange and Sling Blue packages.

Zaslav now says most of its networks are on virtually all new digital live TV providers, except for YouTube TV.

Earlier in the day, Discovery said it was extending its deal with Hulu -- not just the older Hulu on-demand service, but with the newer Hulu on Live TV platform.

“It’s a big deal for us,” says Zaslav. “We now have eight channels on Hulu. ... They [Hulu] are embracing idea of nonfiction [channels].”

Zaslav didn’t go into financial detail about comparison carriage deals with traditional pay TV providers. But he said “they are favorable. They have to be because we have these structured most-favored [network] deals.”

For sometime now, media analysts have said these deals are key for cable-only, non-sports programming TV network groups like Discovery, Scripps Networks Interactive, which Discovery bought in March of this year, and Viacom.