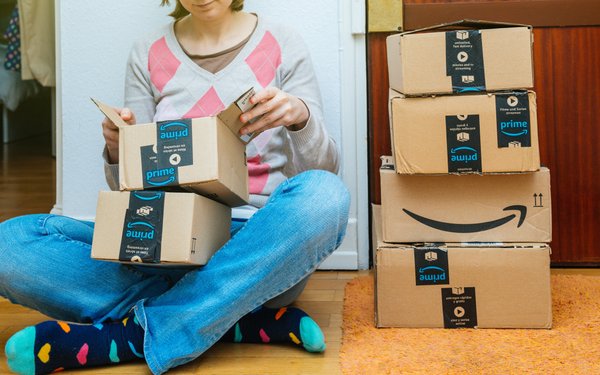 Digital brands continue to garner the most brand loyalty, according to the 22nd annual Brand Keys 2018 Loyalty Leaders list.

Nine of the top 10 brands in the study are digital brands, with 35% digital tech, social networking or digital facilitator brands.

However, non-digital brands did move up the Loyalty Leaders List an average of 11 positions, with a few making major leaps. That's an "incredible accomplishment" in today's marketplace where consumers are hot-wired to the Internet, said Robert Passikoff, Brand Keys founder and president.

But traditional brands have worked harder to create the emotional value connections necessary to bolster the loyalty necessary for keeping current customers, developing new ones, and making profits, according to the study.

“Lyft has managed to do it by providing down-to-earth friendly service, making their service feel more like a ride from a friend than an Uber-basedn taxi service,” Passikoff tells Marketing Daily.

“Zara has done it by becoming the master of fast fashion, and is managing to expand share of online loyalty by developing ship-from-store processes that reduce consumer ‘out-of-stock’ disappointment and increase brand engagement levels.”

Loyalty is a predictive leading-indicator of future consumer behavior, according to Brand Keys. The more loyal the consumer, the better consumers behave toward a brand. The better they behave, the better the brand does in the marketplace, Passikoff says.

He says he found the most interesting finding to be how fast traditional, non-digital/online brands are adapting marketing and positioning to meet-consumer-expectations values, the same ones that made digital customers so very loyal.

The five brands with the greatest loyalty erosion were Airbnb (-68 to #99, suffering from regulatory and local-resident protests); Starbucks (-46 to #63, which announced the closing of 150 stores); MAC Cosmetics (-42 to #81, caught up this year in an animal-testing controversy); Victoria's Secret (-33 to #93, with -6% same-store sales); and BuzzFeed (-21 to #86, with web traffic down and readers heading back to traditional news sites.)

The future of loyalty will continue to lie in a brand’s ability to better meet customer expectations, more and more of which are based on emotional values, Passikoff says.

“This is a portent of marketers' needs to better measure and leverage consumer emotions,” he says. “Oh, and that means something more than being entertaining or working the social networking circuit, but the ability to make real emotional connections with the customer.”

The Brand Keys analysis was conducted in September 2018 and includes assessments from 50,527 consumers, 16 to 65 years of age, recruited from the nine U.S. Census Regions.

Meanwhile, a Mintel study indicates that overall, the majority of American consumers take pride in supporting products that are made in America, even as the economy becomes more global. In fact, 64% of U.S. consumers agree that buying "American- made" products is important to them and 75% have a desire to support American businesses, up from 57% in 2013, according to “American Lifestyles: Markets In Motion -- U.S. -- April 2018.” 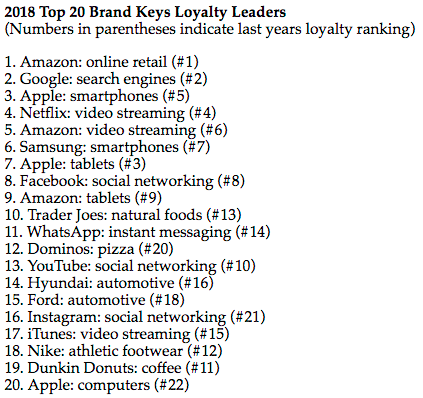