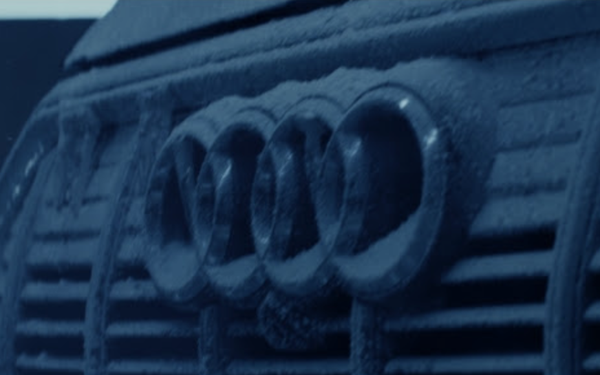 Audi of America is using the 70th Emmy Awards to reveal the all-new Audi e-tron, its first all-electric vehicle.

The automaker returns for the eighth consecutive year as the official automotive partner of the awards presentation on Sept. 17.

A 60-second spot from Venables Bell & Partners featuring “sneak peeks” of the e-tron is live online today and will also air during the Emmy Awards telecast on NBC.

Called “Unleashed,” it tells the story of how electric mobility is about to change with a vehicle that’s powerful and capable.  The spot ends with the tagline “Electric has gone Audi,” a continuation of the campaign language introduced on social channels in August.

Audi will once again host its annual pre-Emmy Awards celebration on Sept. 14 in Hollywood, and  2018 Audi Q7 vehicles will chauffeur nominees and presenters to several events throughout the weekend. The e-tron will also make a red carpet appearance on Emmy Awards night.

“Our multiplaform collaboration underscores our long-standing presence within the entertainment industry and ongoing support of television’s top talent,” said Loren Angelo, vice president of marketing, Audi of America, in a release.

The Audi e-tron, a five-passenger SUV aimed at the premium market, is expected to be delivered to showrooms in the first part of 2019. The e-tron will be the first of three battery-electric vehicles that Audi plans to debut by 2020, with nearly one in three of its customers in the U.S. anticipated to go electric by 2025.

On Sept. 17, full e-tron specifications, including pricing, will be available at www.audiusa.com, giving customers the details needed to configure their e-tron and reserve their vehicle with a refundable $1,000 reservation fee.