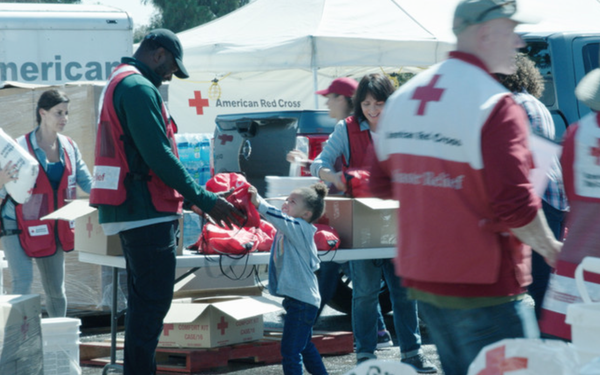 Several dozen companies are donating to help those affected by Hurricane Florence.

The storm pummeled the Carolinas with strong winds, heavy rain and dangerous tidal surges. Twice the size of Louisiana, Florence is inundating communities and leaving hundreds of thousands without power, according to the American Red Cross.

Donations from members of the Red Cross Annual Disaster Giving Program and the Disaster Responder Program enable the American Red Cross to respond whenever and wherever disasters occur and help families during the recovery process.

The JCPenney Communities Foundation made a $50,000 donation to the American Red Cross.

Nissan, which recently kicked off a Titan pickup truck campaign highlighting its ongoing relationship with the disaster relief nonprofit, also set up a donation page for consumers to participate and is planning a Red Cross fundraiser Sept 20.

7-Eleven, Inc. is inviting customers to add $1 to their purchase at participating 7-Eleven® stores nationwide or to donate online.

Lowe's has also activated its American Red Cross Disaster Relief customer donation program on its website. Additionally, more than 400 associates, who have volunteered to be a part of Lowe's Employee Relief Teams, will deploy to areas hit hardest by the hurricane.

MillerCoors is donating 200,000 cans of water to those impacted by Hurricane Florence, to be distributed at the Red Cross and community shelters.

Walmart and Sam's Club are launching a customer campaign to assist impacted communities with hurricane relief. Walmart is matching customer donations to Foundation For The Carolinas up to $5 million for disaster response and recovery.

CompTIA, a technology association, launched a fundraising effort, and through its CompTIA Giving charitable endeavor will match all contributions up to a total of $100,000.

Charter Communications is making a $350,000 contribution to Rebuilding Together to support relief efforts and specifically assist with home repairs and renovations needed.

Cuebiq is providing its aggregated and anonymous mobile location data to Gasbuddy, which provides updates about wait lines at gas stations to partner fuel brands and government emergency agencies to help those evacuating.