Such A (Reasonable) Deal: Sinemia Offers Film Pass For $30 A Month 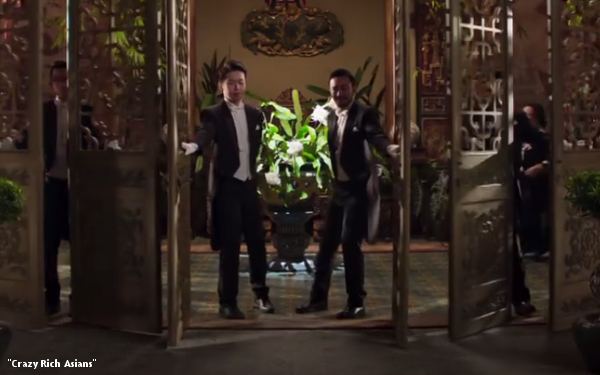 Sinemia is now offering moviegoers a $29.99-per-month deal that allows them to see an unlimited number of films every month.

If you like the cinema, that may sound like a bargain, but not compared to the offer made by MoviePass. That highly touted subscription service disrupted the box office beginning August 2017 when it offered an unlimited movie package for just $9.95 a month.

That too-good-to-last deal, in fact, didn’t last. The company has been backtracking with various offers, among them $9.95 a month for three movies, from a specific list.

Sinemia calls its new plan “sustainable,” a description that's probably reference to the MoviePass struggle. The Sinemia pass is also aimed at more frequent film-goers. With the average ticket price around $9 nationwide, according to the National Association of Theater Operators (and averaging $13 in Manhattan, with a high of $17.50 or so), the $30 monthly tab for Sinemia can pay off.

And it offers other cheaper plans for less for less-than-avid film buffs.

“While most of our plans are focused on the modern moviegoer who sees one, two, or three movies each month, we want to serve every type of movie lover and that includes frequent moviegoers looking for an unlimited tickets option,” says Sinemia’s CEO and founder Rifat Oguz in a press release.

Last October, shares in Helios and Matheson, the parent company of MoviePass, were offered at $39.  It is now trading for less than two cents a share.

Executives today announced it will ask shareholders to vote on a plan to trade as many as 500 shares of stock for a single share worth 500 times as much.

That is a ploy to cosmetically prop up the price of  Helios & Matheson stock, to around $10 share, so it avoids being delisted by NASDAQ, according to the company's SEC filing excerpt.

The stream of bad news about MoviePass might be a form of advertising for Sinemia. The ups and downs of the former got such good and bad publicity, that at least consumers now know movie subscriptions exist. And others, including movie chain AMC have moved in with movie ticket deals that can turn a profit for them.

“[Sinemia] used MoviePass as a testing ground and were fortunate that the company was so groundbreaking and noteworthy that they were able to track the company's progress and missteps simply by reading industry trades,” wrote entertainment business consultant Jim Amos on Forbes.com.

“MoviePass was so vocal about its pricing plans, prospective revenue streams, intended partnerships and subscriber base that when it stumbled, those blunders were front-page news.”

Sinemia has been offering an unlimited plan for the last four years overseas and claims to be the biggest movie subscription company in United Kingdom, Canada, Turkey, and Australia.

It has also been testing a subscription card that allows discounts at restaurants and cafes near theaters and an app that also provides a quick avenue to an Uber rental.