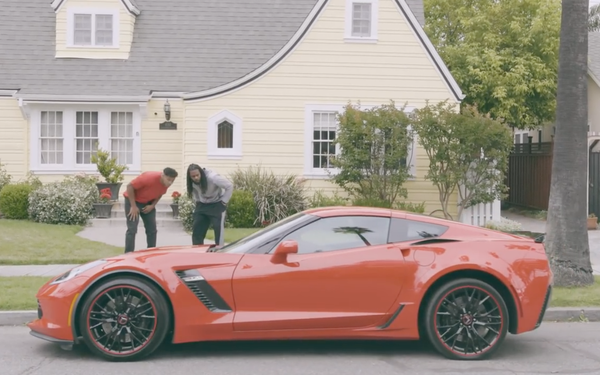 I had major sticker shock when I was looking into renting a car in Alaska earlier in the summer. The major brands wanted upwards of $800 for a 2 1/2-day rental of a compact vehicle.

I posted/vented on Facebook about the high costs, and a friend in California suggested I check out Turo. It’s like Airbnb for vehicles.

I had actually downloaded the app when I was in Hawaii in January on the recommendation of my Lyft driver (who also rents out his vehicle using the app) but hadn’t tried it out yet.

I’ve become kind of spoiled as a Hertz Gold member. I like bypassing the huge lines at the airport rental counters and quickly choosing my own vehicle from the Gold member area of the rental car lot. But the prospect of saving money was enough to make me reconsider my loyalty.

The price difference between Turo and the rental car companies for my Alaska rental was astounding. Turo was about half the price. I found a 2017 Mini Cooper Clubman, which was perfect for tooling around the Denali National Park area. Mark, the car’s owner, met me at the airport and showed me around the vehicle. He couldn’t have been any nicer or more accommodating.

After the rental, both the car owner and renter leave reviews for each other. It gives renters a peace of mind knowing that others have had good experiences, and it helps owners know the person renting their beloved vehicle isn’t likely to trash it.

My cost saving was par for the course, says Turo CMO Andrew Mok, adding that Turo is usually about 35% more affordable than traditional rental car companies, and savings are even greater for renters looking for a truck, SUV or other specialty vehicles.

Customer service is definitely the company’s strong suit. NPS (Net Promoter Score) is a management tool used to gauge the loyalty of a firm's customer relationships, rating experiences from -100 to 100. Traditional car rental agencies are typically 15-25, while Turo comes in at over 70, he says.

“If you look at where our new customers are coming from, actually the vast majority today is still word of mouth,” Mok says. “It’s friends telling friends. So we really rely on delivering high customer experiences and having those folks repeat and tell their friends and drive new customers.”

The company’s referral program, where current users can give new users $25 toward a rental and then receive $25 in return when the friend books a rental, has been very effective, he says.

“A lot of folks are still finding their car rental options on Google, so we invest a lot in search engine optimization to make sure when you search ‘get a car in Los Angeles’ or ‘rent a Tesla,’ we’re showing up there on the first page,” he says.

The company, which creates its advertising in-house, also has run national TV spots along with targeted billboard and radio advertising, as well as online social networks, he says.

Besides paid advertising, the brand has more than 63K followers on Instagram. Among those posting are influencers, celebrities and athletes.  A recent post shows San Francisco rapper E40 handing the keys of a Turo sports car to new San Francisco 49ers Richard Sherman and Malcolm Smith. Director Nick Hamm is also shown at the North American premiere of his new movie "Driven" at the Toronto International Film Festival in a Delorean, one of Turo’s featured vehicles.

“The really interesting thing about these influencers is that they find us,” Mok says. “We actually haven't gone out and actively pitched them, they used Turo because influencers like to book cool cars. So we try to find influencer partnerships that are really organic. We find that sort of authentic partnership provides more compelling creative.”

The company also runs a monthly dream car online contest with the top prize of $500 in Turo travel credit.

Turo has also partnered with Classic Car Chasers, an Instagram account that shares collectible classics for sale at auction or by a seller. Once a month they’ll share photos of a classic available on Turo for the contest. Each edition of the contest will run for one day only — the winner is chosen and announced by 5 p.m. Pacific time. This month’s contest runs Sept. 19.

The San Francisco-based company has grown rapidly on the West Coast and is “slowly but surely” making inroads in other parts of the country, Mok says. It is currently in more than 5,500 cities.

I don’t plan to completely abandon traditional rental cars—for one-way rentals like I’m going to be booking next month from Portland to Seattle, they are a necessity. But it’s nice to have options.