In New Campaign, The North Face Explores Its Urban Edge 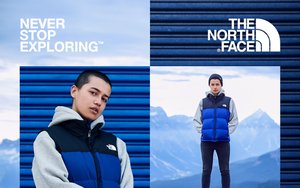 The North Face thinks city explorers may have just as much moxie as mountaineers, launching a new ad campaign that focuses more on an adventurous state of mind than its usual extreme landscapes.

The campaign comes during a challenging time for the outdoor industry. While the North Face’s sales were flat in the U.S. in its most recent quarter, the overall trends are worse: the NPD Group reports that industrywide, outdoor sales, including equipment, apparel, footwear and accessories, dropped 4% to $18.9 billion for the 12 months ending in April 2018.

The North Face, based in Alameda, Calif., is one of VF’s top performing brands, and has been making major gains around the world, despite sputtering here in the U.S. And overall, VF is bullish about the year ahead, recently upping its forecast to include a predicted sales gain of between 6% and 8% for its outdoor division, which also includes Timberland.

In addition to running the films in digital and social channels, the North Face is also planning pop-up concerts throughout New York City The first event, from rapper Bourne, is scheduled for Sept. 26, and timed to the re-release of its 1996 Nuptse Jacket. Outerwear is the largest segment of the outdoor business, and sales of tops, which includes jackets and vests, grew 4% last year.

Rivals are busy, too. Patagonia is introducing a new Micro Puff jacket, which it claims is its warmest and lightest ever.

REI is having some fun taking co-workers out for National Public Lands Day, scheduled for Sept. 22.

And L.L. Bean is continuing its “Be An Outsider” campaign with a raingear pitch.