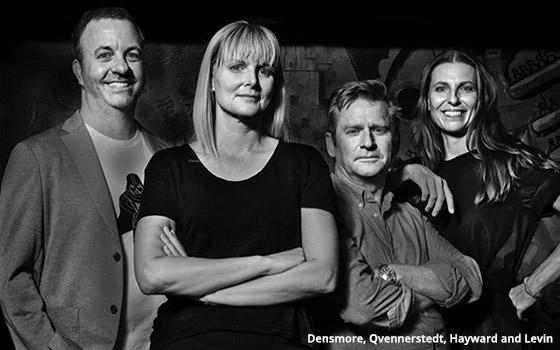 The combined company combines F&B's creativity with KBS’ leading-edge tech, media, and data capabilities. The main idea driving the merger is that the two shops could achieve their respective goals separately in 10 years or join forces and do it now, according to company officials.

With 700 employees across eight offices in North America, Europe and Asia, the new F&B will share dual headquarters in Sweden and New York.

The agency will be led by a global board overseen by Global Executive Chairman Anna Qvennerstedt and Global CEO Guy Hayward.

It was a mutual decision to select F&B over KBS as the surviving brand, since the Swedish agency has a broader footprint outside of the U.S. and this move is designed to accelerate the collective's global efficiencies under one brand.

Agency leaders from both sides first met each other at a conference held by their parent network MDC Partners, and after a few meetings in London and Cannes, both sides realized that this partnership would be successful. This six-month process was already well underway before MDC announced CEO/Chairman Scott Kauffman would exit the firm’s leadership post.

However, The Media Kitchen, the KBS media unit will retain its name and continue to offer integrated media planning and buying services. And London-based Albion, a digital and production-services partner will also retain its name.