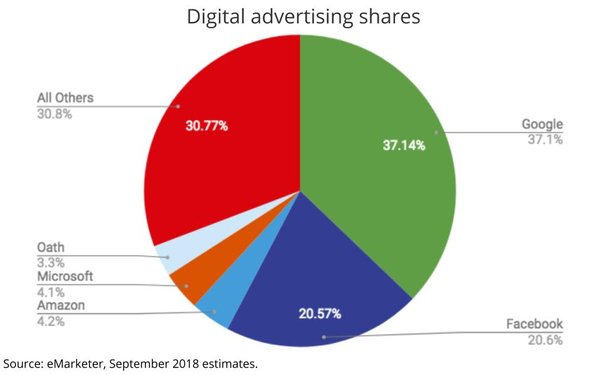 Amazon, the dominant player in e-commerce sales, has also become a dominant player in digital advertising sales. According to revised estimates released this morning by eMarketer, Amazon is now part of digital's "Big 3," just behind Google and Facebook.

While Amazon just barely nudged Microsoft out of third place, it is on a tear and growing its advertising volume and share faster than the biggest and most established players (see mobile ad growth trajectory below).

In 2018, Amazon will generate $4.61 billion in U.S. ad revenues, higher than the $2.89 billion eMarketer had projected in March, eMarketer now projects.

“Its strong handle on consumer purchase behavior sets it apart from Google and Facebook in the digital ad market, which has made the company an attractive option for advertisers," explains eMarketer Senior Director of Forecasting Monica Peart -- noting that Amazon is benefitting largely from the fact that consumers increasingly begin their product searches on Amazon.com, rather than on Google.

“That increased search traffic gives third-party sellers a reason to increase bids for keywords on Amazon,” she says. 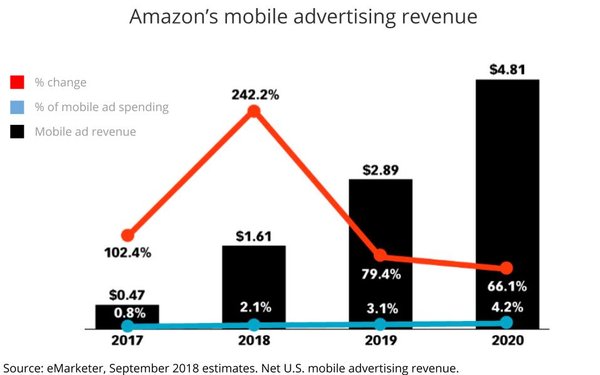