The Trade Desk, IMA Adjust To Living In A Digital World 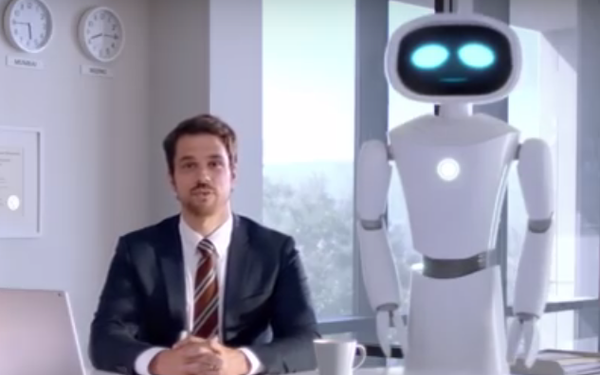 Accountants and marketers are targeted in two new campaigns by The Trade Desk (TTD) and the Institute of Management Accountants (IMA) that both address working in today's digital landscape.

The creative, developed by creative agency VSA Partners, includes three print ads with sarcastic headlines in large, bold white font: “Possibly The Worst Ad We’ll Ever Run,” “Buying This Ad Was Excruciating,” and “This Pretty Much Goes Against Everything We Believe.”

"Although this is the first time TTD has done a newspaper advertising campaign, we think it will be the last -- but we never say never," jokes Vobejda.

Separately, the IMA is emphasizing how accounting and finance professionals who earn the group's Certified Management Accountant are better positioned to thrive in the digital age.

The multichannel campaign, developed in partnership with The Gate/New York, plays like a buddy film. A CMA discusses his friendship with a robot when they cook together, sing karaoke and work "hand in glove." The robot points out the hand has an office, while the glove doesn't.

"They’re just not equals -- much to the chagrin of the robot," says David Bernstein, Chief Creative Officer, The Gate/New York.

The spots end with the IMA's tagline "You've got to earn it" -- building on last year’s campaign, which focused on the fact that robots are coming into the world of accounting and a CMA credential could help accountants survive.