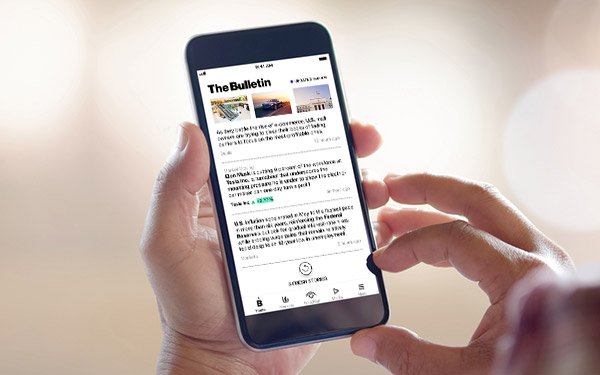 The Bulletin uses technology developed completely in-house by the organization’s innovation lab, the BHIVE. The newly unveiled news feed features the most current top three stories culled from Bloomberg’s network of 2,700 journalists and analysts working across more than 120 countries.

By using natural language processing to scan full articles, the AI technology generates a summary of the story confined to a single sentence for users who want to be kept up to date, but are short on time.

The depth of understanding used by the technology allows it to comprehend the meaning of the article and generate a useful summary.

Users can refresh the feed to receive a new set of story summaries and read a full story by clicking on the summary.

The Bulletin’s launch comes as Bloomberg Media Group continues to focus on utility and functionality across the delivery of its content. The feed was the result of a survey conducted by BHIVE regarding users news consumption habits and was born from one of the first prototypes created by the lab.

In addition to launching its newsfeed app, Bloomberg also unveiled its new multiplatform broadcast studio, located in New York and capable of simultaneous production of radio and video content.