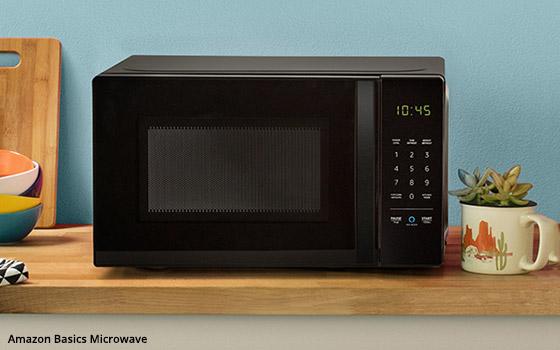 In a continuing drive to become a core of the connected home, Amazon has extended its Echo line of products to accommodate every room in the house.

The new devices announced Thursday range from improvements in current devices to adding its smart agent Alexa to cars, with products falling into one of three categories: new or tuned-up Echo devices, new companion devices and new smart-home devices.

The smart home devices include a $60 countertop microwave that connects to an Echo device and a $25 smart plug that can be used to control other things, such as lights, fans or coffee makers.

Tuned-up devices include the Echo Dot, essentially the miniature version of the Echo, but with a new (needed) speaker for louder and crisper sound. The Dot and the Google Home Mini, both the smaller versions of the larger devices, were hot sellers during the last holiday season, during which time they both were heavily discounted from their $50 price tags.

The standard $150 Echo Plus has an upgraded speaker and comes with a built-in Zigbee hub, and the pricier ($230) Echo Show comes with upgraded speaker, 10-inch display and built-in smart home hub and a future Echo Auto was introduced. Voice is becoming a bigger deal in cars, with high-end carmakers including Mercedes and BMW recently announcing their own in-car voice strategies.

The new Echo Input lets consumers add Alexa to existing speakers via audio cable or Bluetooth and the Echo Link and Echo Link Amp will allow consumers to use Alexa to stream music through existing sound systems.

Once consumers get used to using a smart speaker at any room in a home, it can be habit-forming enough to want to use it in other rooms and to do other things.