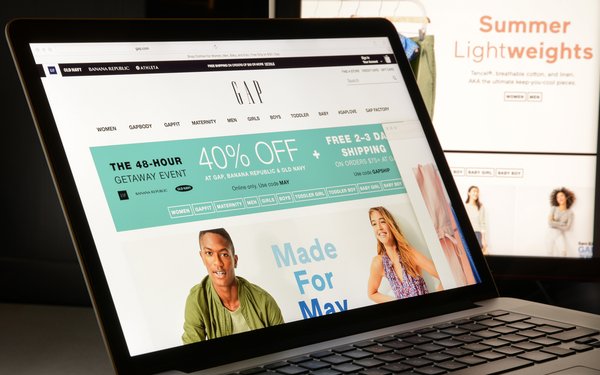 The Gap brand has cut key marketing and search advertising programs in the past year as it struggles to survive.

The retailer beat analysts’ consensus for second-quarter earnings in 2018, but comparable sales for the Gap brand fell, while Old Navy and Banana Republic led the growth with 5% and 2%, respectively.

Slumping sales show in its search marketing and advertising strategies. In 2018, Gap reduced by 95% the number of keywords it advertises on for women’s fashion.

On New Year’s Eve 2017, the company competed on a mere 225 terms, and raised it to nearly 1,000 between January and mid-March 2018, before cutting investments again.

Investments began rising again slightly, but still only competes on 190 terms. The company within he past few months began dedicating the majority of its search campaigns to brand and sister brand terms, about 76%.

The non-brand terms include “denim dress,” “women’s suits,” “sun dresses,” “womens suits” and “jumpsuit, but branded terms have been the main focus.

Gap showed slight success and an uptick in product listing ad (PLA) click share during the past few months, jumping from just below 2% in December 2017 to 3% by the end of May 2018, with periodic spikes above 4% during that time.

Gap.com received about 33.51% of its referring domain traffic from oldnavy.com, 21.28% from google.com, and 3.11% from doubleclick.net, according to Jumpshot data.