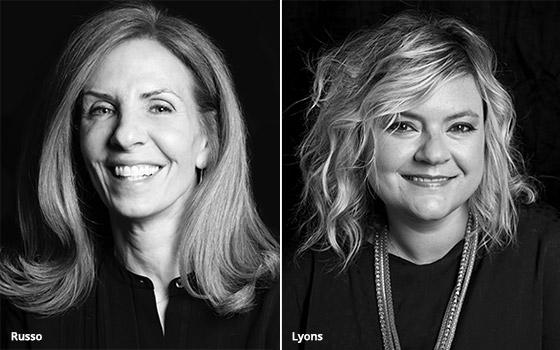 Susie Lyons is departing Lifetime Networks to serve as head of strategy, New York to lead that discipline across the agency's clients. She replaces Stuart Hazlewood, who transitioned to a new role at DDB Europe as international strategy director.

Both Lyons and Russo will partner with their local office’s leadership and work alongside Eric Zuncic, DDB North America’s Chief Strategy Officer to reevaluate how strategy informs the creative process.

Their arrivals are the latest hires made by Zuncic since he joined DDB North America as CSO in October 2017. At the beginning of this year, James Lou joined We Are Unlimited as Chief Strategy Officer. In May, Sam Renbarger was named group strategy director at DDB San Francisco.

“It's our responsibility as an industry to be more empathetic and human, to put an end to the old idea of 'aspiration' and to reflect and respect people for who they really are, which makes this an exciting time to help shape strategy at an agency like DDB New York,” said Lyon.