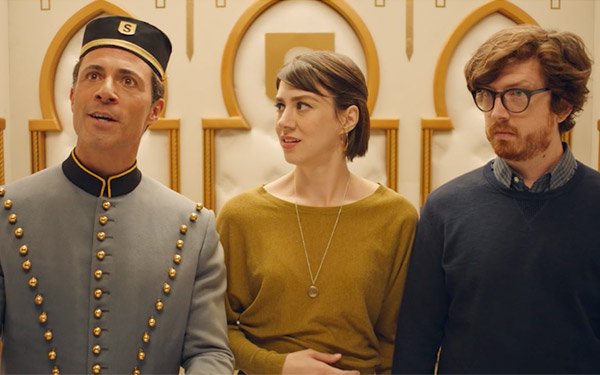 Saatva and agency Preacher are introducing the online mattress company's first integrated marketing campaign since the company launched back in 2010.

The creative uses humor and straightforward talk via a hotel bellhop spokesman to educate viewers about mattresses. The two-minute spot follows a couple using the “Sleep Guide” to navigate the chaotic world of mattress buying, only to achieve "mattress buying nirvana."
The campaign is also releasing a series of funny videosto answer some of the most frequently asked questions shoppers have about buying a new mattress, such as whether a mattress in a box is even a good idea.
The media buy runs on targeted TV and online videos, digital display, paid social, and full page spreads in the New York Times Magazine and Washington Post Magazine.

Saatva has ramped up its advertising budget as the company seeks to gain market share from both bed-in-a-box rivals and traditional mattress chains. The company has spent $17.84 million on advertising during the first six months of 2018, nearly Saatva's entire 2017 $21.28 million ad budget.
This is Preacher's first work for the mattress brand since the Texas-based shop was named AOR in April.
ad campaign, integrated marketing, retail
Next story loading