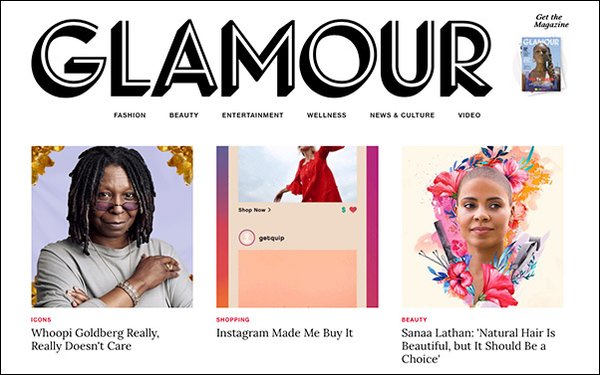 Condé Nast is creating a video network devoted entirely to women, to “make it easier” for advertisers to reach the young women drawn to its brands.

That’s according to a statement from Pamela Drucker Mann, Chief Revenue and Marketing Officer at Condé Nast.

The network will not be released until after the NewFronts next season. For now, Condé Nast announced the anchor of the Women’s Video Network — its Glamour brand — will get five new series by the end of this year.

“Glamour has seen incredible video growth over the past year,” Drucker Mann state. She added the publisher is investing “in more video programming...to reach new viewers next quarter, just in time for the holiday shopping season.”

Glamour’s video franchises “You Sang My Song,” “In 2 Minutes” and “Evolution” receive an average of 1 million views per episode.

The brand’s total global views are up 230% year-on-year as of August, and its YouTube subscribers have grown by 154% year-on-year, according to Condé Nast.

Allure, Self and Iris will also be a part of the network, which will produce coverage of Glamour’s 2018 Women of the Year Awards and Summit in November.

Three of the new video series will have a regular hosts, a first for Glamour.

They include “Kylie Mania,” which will explain how to get Kylie Jenner’s iconic beauty and fashion looks, “Beauty Back to the Future,” where viewers follow the host as she spends her day re-living trends from the past 50 years, and “Temp Job,” a series that brings in experts to discuss what skills are needed for interesting, unusual jobs.

The two other series — “HR Expert” and “Money Tours — will have an HR expert look at how workplace conduct has changed by providing commentary on classic movie scenes that feature bad bosses, and also a look inside women's homes, respectively.

“Our goal with Glamour’s video programming is to provide unexpected and humorous takes on the real experiences women have, while giving them information they crave,” stated Lauren Lumsden, vice president of video programming for the Beauty Collection and head of content and creative for Iris at Condé Nast Entertainment.

Glamour is headed by editor-in-chief Samantha Barry, who was appointed to the position early this year. Her on-boarding signaled the company’s dedication to a digital-first approach to publishing, given her experience at CNN as the executive producer for social and emerging media.