New For Fall: 'Single Parents' Needs To Grow Up A Bit 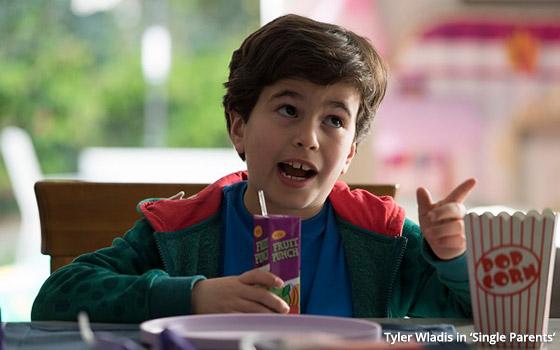 The world of single parenting gets the “Modern Family” treatment in this new generically titled sitcom called “Single Parents.”

Premiering Wednesday night on ABC, it is a network-TV interpretation of what it is like to raise small children today, especially when one has no spouse or partner in parenting.

The principal message seems to be: Raising a kid on one's own is tiring -- which should come as no surprise to anyone.

Also, the full-time attention that seems to be required for contemporary child management, which in this show seems to consist chiefly of thanklessly chauffeuring children from place to place, robs these grown-ups of any opportunity to behave and live like adults.

This sitcom seems destined to appeal primarily to single parents (and possibly couple-parents) of young school-aged children like the ones in the show.

But before the nation's legions of young parents can warm up to “Single Parents,” the show needs to shed or otherwise improve upon some weaknesses in the premiere that are common to network television sitcom pilots.

In the pilot for “Single Parents,” these miscues include characters who are not yet fully formed, kid characters who are too obnoxious to be believed (well, at least one of them -- the wiseacre specimen pictured above) and the occasional testicle joke.

In the premiere of “Single Parents,” the first (and only) testicle joke on the show is uttered by Brad Garrett at right around the four-minute mark of this 22-minute show. Garrett's character is also one of the ones that needs improvement.

He plays a single dad of two twin girls. He is a dermatologist, but he plays the role like he's a mafioso from a mob movie as he constantly seeks to slip 20-dollar bills into other people's palms and shirt pockets. Hopefully, Garrett can be directed to play this role less thuggishly and more likably.

The character that needs the most work is the nebbish single dad played by former “SNL-er” Taran Killam. His character is the one that comes closest to being the central figure in this ensemble comedy, which is unfortunate because he is the weakest of the single parents.

By the end of the premiere episode, there are glimmers of hope that this character could also evolve into something better.

The rest of the parents in “Single Parents” are rounded out by Leighton Meester, who is very grown up from her days on “Gossip Girl,” Kimrie Lewis and Jake Choi as an Asian-American single dad.

“Single Parents” also contains a character that is becoming increasingly common in situation comedies -- the small child who is already identified by his or her actions as gay. In this show, it's a young African-American boy who counsels everybody he meets on how they should dress.

This is not a flaw, but just an attempt to point out how network sitcoms reflect the world in which they have been created and produced.

By the time the first episode of “Single Parents” was over, I was admitting in my notes that I liked the show, despite its many flaws and pilot-episode miscues.

“In the end,” I typed in my notes, “[it is] a likable show that will harm no one.” And that’s not bad for a new network sitcom.