The Democrats Have A Brand Problem 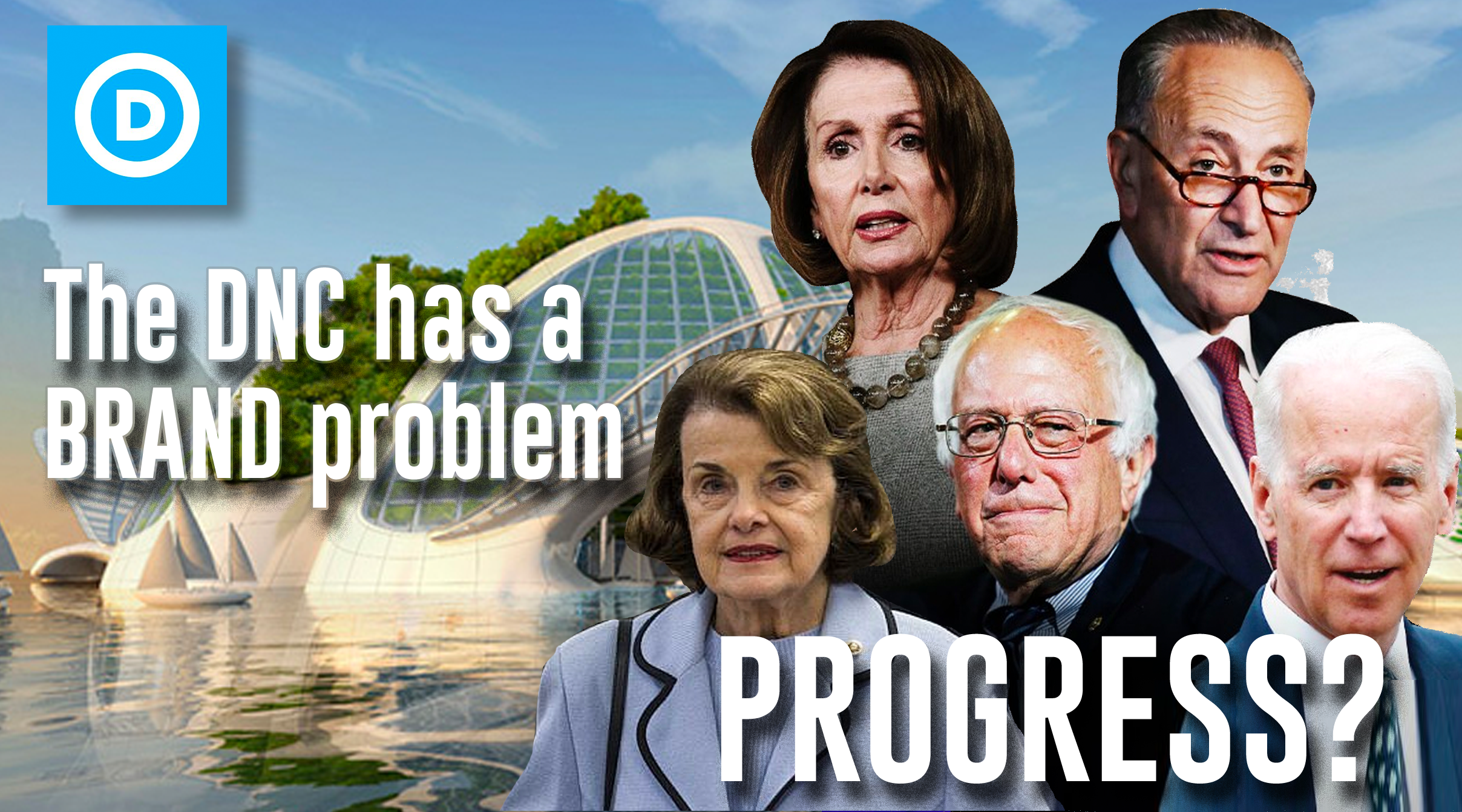 Let’s face it, you’re not a Democrat. At least, it’s not something you’d admit in polite company. The brand is damaged almost beyond repair -- and that’s a serious problem in a country that teeters on the edge of a cliff, with nationalism, racism, and totalitarianism just over the edge.

How did we get here, and what steps can the DNC take to reframe its brand and mission?

First, the problems -- and then some solutions.

The DNC and Bernie. Michael Moore’s new movie "Fahrenheit 11/9" takes us back to the 2016 Democratic Convention. On the floor, state after state that Bernie had won voted for Hillary. It was the work of the so-called “superdelegates,” and it was flat-out wrong. Now the DNC has taken away that power from superdelegates going forward, but the anger and resentment from the Bernie wing of the party remain. That damage will take years to repair, and it hasn’t even started yet.

The DNC and social media. The Republican’s are angry -- and organized. If you post anything that questions the President, they descend on you like hornets -- calling you a libtard, a snowflake, a liberal, or worse. Maybe those response come from trolls -- or Russian operatives. But I can tell you, they seem like real people to me.

And the Trump GOP has both houses of Congress, the presidency, and may soon control the Supreme Court. Republicans are still spitting mad at the scourge of liberals who they think are ruining our country.

What’s in the Democrats' arsenal of name-calling? Very little. Do we hold the GOP responsible? What is our pithy name for Republicans? What about Mitch McConnell, Paul Ryan, Chuck Grassley, Lindsey Graham? I get it, we don’t want to get down in the mud and engage in name-calling -- but the short, viral, powerful nature of social media amplification requires we learn to speak in a new, punchy, memorable code -- or face the consequence.

The DNC amplifying old voices. Every day I get an email from the DNC, and every day it comes with old email headlines. It’s literally junk mail, re-purposed as email. The sky is falling. The world is ending. Send us money.

But day after day, people tell me they’re tuning out, they say they have problems with “both sides.” Of course, this is a false equivalency. But it’s emblematic of just how poorly the DNC has defined itself, failing to develop a clear brand with a clear vision to hold on to. As much as we can ignore the simplistic bumper-sticker pronouncements of MAGA, the DNC responds with no clear mission or message to align with.

Democrats: The Party of Progress

Welcome to the new DNC. We’re a party that believes in the promise of the future. We believe in progress -- progress that brings health care to all Americans. Progress that believes that Americans deserve an affordable education, a living wage, freedom from discrimination based on gender, race, religion, nationality, age or sexual identity.

Progress that embraces the remarkable ability of technology and science to make lives better, while at the same time being aware of how the pace of change risks leaving some Americans behind.

Progress means keeping the government out of our bedrooms, and our bodies. Women deserve to make decisions about their health and reproductive rights without fear that a Federal law will limit those rights.

Progress invites new voices to join the conversation. Progress imagines a world where people can find meaningful work and a path to prosperity and happiness. Progress embraces civil rights and challenges racism and discrimination.

Progress makes the world more peaceful and helps us build partnerships with our neighbors based on mutual well-being and shared prosperity, not threats of military action and civilian annihilation.

Progress means things are actually better for all members of a society than they were before. Improvement only for some isn't progress, it widens the gap between the rich and the poor, the powerful and the powerless. Income inequality is the result of unbalanced progress and ultimately leads to conflict.

If the DNC accepts the collective vision that progress moves us -- together -- toward a better, more-just and equitable society, then there’s room in the big tent for lots of voices. Liberals, progressives,  Independents, Democratic Socialists: all the flavors of progressive thinking fit within the rubric of progress.

The brand matters. It matters because people vote for things they believe in. People don’t get up off the couch, take time off from work, wait in lines at the voting booth to vote AGAINST things. It’s just too hard to ask people to vote if they can’t be inspired to believe in a better future.

The Democrats won’t win a national election without a national vision. The GOP wants us to go back. It’s up to the DNC to plot a path and present a vision to go forward.

Without that brand and that vision, the party will continue to foster divisive and self-defeating battles. Brands today need to be more than slogans and mass-market emails. They need to have the courage of their convictions, and a clear voice and vision that people can rally around.

So call yourself whatever you like: a liberal, a progressive, an independent, a socialist. Those are just labels. But believe in one thing  we all can embrace. It’s about moving forward together. It’s about progress. That’s a brand we can believe in.

politics
4 comments about "The Democrats Have A Brand Problem".
Check to receive email when comments are posted.
Read more comments >
Next story loading